Behind the Scenes at World Refugee Day

It looks like all the infrastructure is up and running for the UNHCR World Refugee Day event tomorrow at the National Geographic Grosvenor Auditorium and online on Saturday. In order to provide a two-way video link from the officials and celebrities in the US and the refugees in Chad, and to stream the conversation over the Internet, a team of volunteers has been setting up and testing the equipment all this week.

From the source in Africa to the destination on millions of PCs, the chain looks lke this: 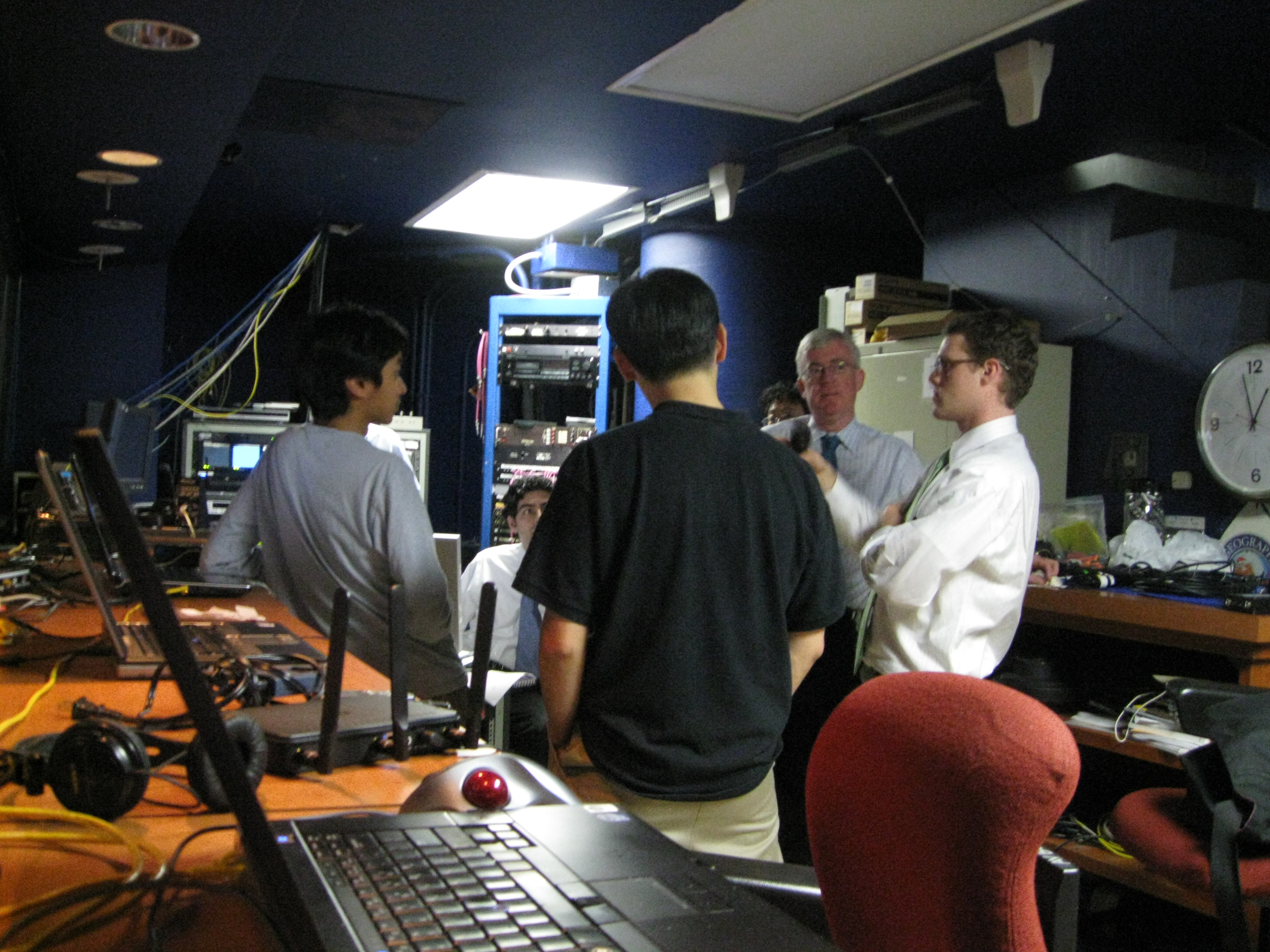 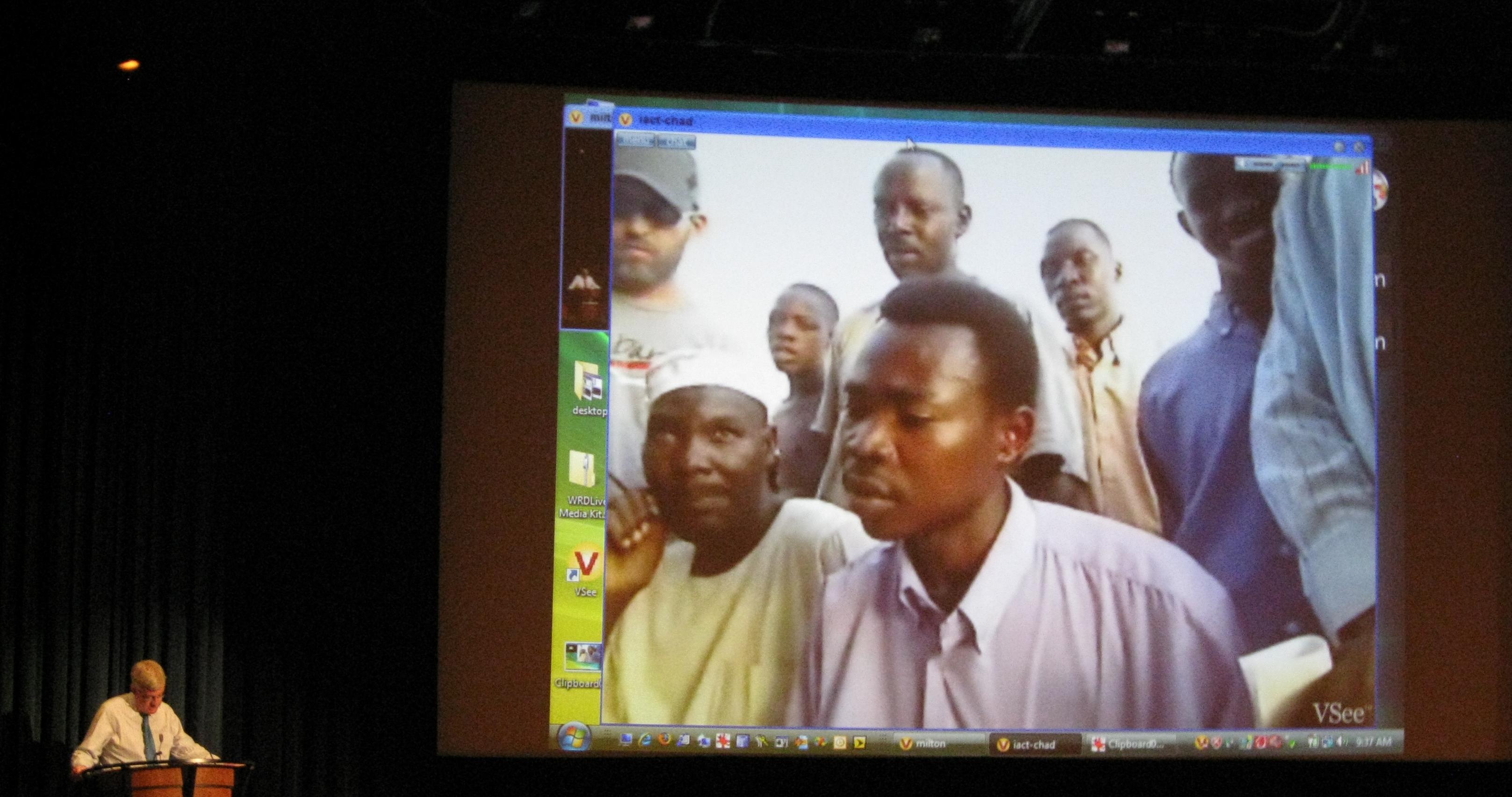 Darfuri headmaster of Obama school in Chad, live during setup