Cisco Scraps Cius in Favor of WebEx and Jabber 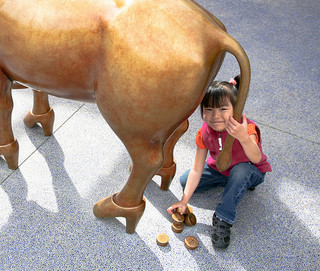 It’s no secret that room-based video conferencing and telepresence are dying breeds.  The ever-declining revenue growth of Cisco’s Telepresence division as well as poor market performance by Cisco Telepresence competitors Polycom and LifeSize clearly attests to this.

However, Cisco isn’t waiting around for its cash cow to dry up before moving on to greener pastures.  Aside from finally ditching their less than popular Umi unit late last December, Cisco is also giving up support for their Android-based Cius tablet which was designed to make visual communications easy for spread out enterprises.

Instead, Senior VP of Telepresence OJ Winge says on the Cisco blog that Cisco will focus on making its more popular collaboration software such as WebEx web conferencing and Jabber unified communication “available across a wide spectrum of operating systems, tablets and Smart Phones.”

It seems obvious to us now that scalable software-based collaboration is the way to go.  As VC News Insights editor Keith Warburton noted in his “Telepresence Is Dead” editorial:

Given the choice between having a high quality visual communications installation that is nailed into the fabric of one executive’s office, or a lower cost system that can be very easily re-deployed without using a team of well-muscled experts, there’s little doubt which solution many discerning buyers would choose.

But I have to say it’s a bit maddening when all your short startup life you’ve had to bend over backwards to convince enterprises around you that they don’t need expensive Cisco video conferencing equipment and that your software-based model is the much better way to go.  At least time is now justifying the VSee video collaboration model as businesses start to see the light.