Cisco’s Umi Goes The Way of the Neanderthal 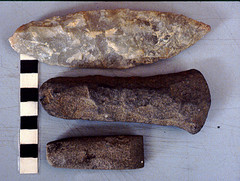 Although Cisco refuses to officially wave the white flag, it’s clear that it has given up on its three-piece home videoconferencing unit, the Stone Aged and overpriced  Umi Telepresence kit, which is no longer being supported by its service centers.  I mean who has a separate device and remote just for doing family video calls these days?  Given that video calling services such as Skype, ooVoo, and of course, VSee lets you see your family for free with just a laptop and a $50 webcam, it’s no wonder the Umi, with its whopping price tag of $600 (or even $300) plus a $10 per month subscription, has gone the way of the cave man.

Meanwhile, VSee is blazing the way to low-bandwidth video calls over 3G/4G wireless networks, so you can get your family in HD even while they’re on their African safari dream vacation!