How To Keep Your Job When It Moves 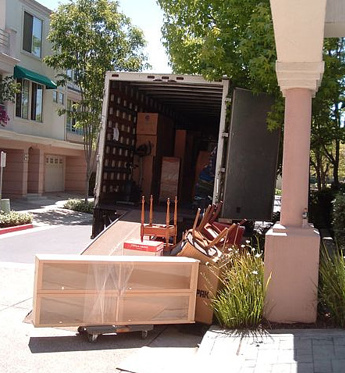 Amir was the Director of Quality Assurance for a California-based medical devices company when it was bought out by another company in 2008.  Consequently, it was relocated to Naples, Florida.  Amir was in no position to pick up his family and move there, but because of his 14 years experience and familiarity with the company, he was an invaluable resource that they wanted to keep around. He continued doing some special projects for them and for the past year and a half he has been kept on as a retainer through his own consulting company, Medical Device Diagnostics. This was largely made possible through the helping hand of the VSee software.  I talked with Amir about the difference it has made for him:

How did VSee make it possible for you to continue working for your company?

Ideally, they wanted me to move to Florida, but I was able to convince them that I would be more helpful if I could get people used to communicating with me using VSee (because, of course, it is a change for them.) We started with a 3 month contract, and now it’s been a year and three months, so obviously they are happy up to this point.

I think it’s actually easier to get hold of me through VSee than to reach me if I were physically at the company. Usually the 3 options people have are to call me, to e-mail me, or to come to my office. Now, they can still call and e-mail, but instead of knocking on my office door, they “knock” on my monitor, and I can appear on the computer in seconds. So, I’ve been able to use VSee to make it feel like I’m there. They also fly me out every 3 months to meet people and to work with them.

Why did you choose to go with VSee?

The main thing was the application-sharing capabilities and the ability for others to see what I’m working on. When I train people, I can show them what I’m doing on the screen, and they have the option to record me. As for video quality, I’ve had some experience with Skype, and I definitely prefer VSee’s video. Also, Skype’s video tends to freeze a lot. When I talk with you on VSee I don’t have that problem.

So what kept you from moving out to Florida?

It’s hard for me to just take off because I have roots in California. My parents are here. They’re pretty old, and I take of their medical needs. There is a diverse ethnic community where we are in California that they don’t have in Florida. Also, my wife has a good job here, and I own a house here.  It would just be really hard.

Do you see other applications for VSee in your field?

Yes. The company I used to work for, we had sales reps across the country and we regularly had to fly everyone over-or at least the managers-over to California. If we have known about VSee then, we could have saved by having weekly meetings on VSee.

We also used to ship to Japan or Germany. At times we’d send 5,000 products and during the receiving inspection the guy would take a sample, and out of the 10 samples, 5 would fail, so they would have to send the whole shipment back. Then we would test it again and find nothing wrong, so there was obviously a discrepancy between how they tested and how we tested that needed to be discussed. Sometimes the guy would have to fly from Japan to California just to say here’s the product, and it’s scratched up or it doesn’t work. Also, sometimes when products are bad, but too costly to send it back, customers might ask “Can you teach us to repair this?” With this quality of video, I could easily set up something to show them how to take a product apart step-by-step: how take this cover off, remove this screw…. Unfortunately this wasn’t available back then.

How has telecommuting been working out for you?

It’s great! I’m all about this kind of “working from the home office.  I get more accomlished in less time. I’m more productive, and it helps save gas. I think of it as my way of contributing to not being so dependent on foreign oil. If everyone knew how to use VSee, we could cut 25% of our oil dependency. I don’t even have a problem with gas prices rising. If tomorrow, gas prices were to go up to $10 a gallon, people would find these kind of alternatives to do their jobs. It makes work efficient, saves travel time, and cost.

Moral of The Story:

Convince your company that you are more valuable working from home than in the office.