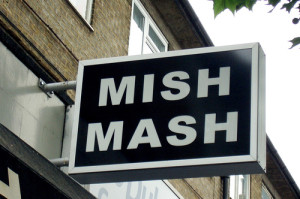 I was lucky enough to be in the VSee office last Friday (I’m usually remote) for an exciting engineering team show-and-tell.  It’s killing me not to share, but let’s just say that the hours upon hours of hard work the engineers have been putting in are really beginning to pay off:  Mac VSee beta is looking really impressive, user interaction group is doing some nice things to make VSee even more accessible to first-time users, and in general VSee is getting closer to its goal of “it just works.”  I also have to give a special “hurrah” to our interns who have been anything but mere grunts and have been making significant contributions to VSee’s growth and development not just in engineering, but also in marketing, sales, design, etc.  In any case, stay tuned for exciting changes in the next release…coming soon!

HP Headscratcher
So business analysts and tech watchers went nuts last week over HP’s sudden announcement that they were ditching TouchPad and webOS, setting afloat their PC division, and acquiring the enterprise software company Autonomy.  It’s anyone’s guess what their strategy really is, but one analyst applauds them for having the guts to get out of the tough tablet arena before Touchpad completely sinks and to let go of a successful, but increasingly low profit margin PC business.  Their unexpected purchase of UK-based Autonomy for 10.2 million has also made them target practice for writers and analysts alike, but HP appears to be setting up shop to get into information management and enterprise software and may soon be stepping on the toes of customer relationship management (CRM) software giant Salesforce.com.  I suppose time will tell the wisdom of their decisions.
Telework Article Picks

Why Face-To-Face Still Matters – This blogger discusses some interesting neuroscience research to supporting the importance of being able to see faces, like the fact that babies get upset when a mother’s face goes “still” and does not show any response.

Tips On Making Working From Home More Productive – Ann Smith gives some wonderfully sensible advice that unfortunately defeats many of the perks of being able to work from home.

GiftCard Partners Inc.–Hurray for another company that has gone completely remote!