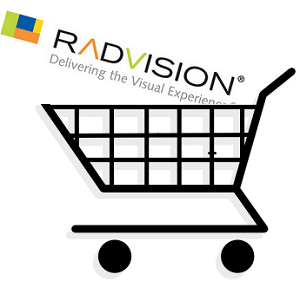 The urge to catch the videoconferencing wave is irresistible.  Last month, VCON was purchased by ClearOne which specializes in voice conferencing.  Last Thursday, Avaya, a giant in the VoIP market, providing an variety of equipment and services for unified communications, contact centers, and related services, confirmed rumors that it will be acquiring longtime video conferencing provider Radvision for approximately $230 million.  This gives Avaya a little more oomph as it tries to keep its lead over Cisco in the VoIP market, further adding to their Aura Unified Communications offerings.  Meanwhile Radvision is bolstered by joining a name brand with global presence.

Some More On Avaya

Avaya was born when Lucent Technologies spun off their unified communications and call center businesses sector.  Over the years, it has expanded its products and offerings through steady acquisitions, however, this purchase of Radvision is its largest since winning its $900M bid for Nortel Enterprise (Nortel is also a fellow competitor in the VoIP market) in 2009.  Avaya went private in 2007, but filed for an IPO in June 2011 that now looks to be right on the April horizon.

What’s In It For Radvision?

Radvision has been around since 1992 and offers a reputable line of SCOPIA video conferencing products.  However, it has been struggling to regain a toehold in the market since losing its biggest customer, Cisco, which comprised more than a third of its revenue.  Cisco gave Radvision the boot in 2009 to purchase its competitor Tandberg for $3.3 billion.  Radvision has continued to strengthen its product, but has been searching for a buyer since then and began discussions with Avaya in December.  In the fourth quarter of 2011, it reported a disappointing $21.8 million revenue, down from the previous year’s $26.6 million.