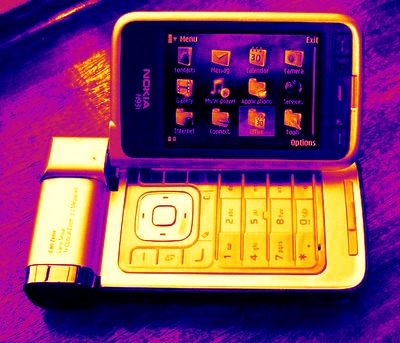 Summary:  Should VSee bet on Android while Apple is still going strong?  Either way, figures support the trend towards video calling and videoconferencing from mobile devices.

The other day, a good friend of VSee advised us to ditch our Mac OS and even iOS efforts and to go for the Android market.  I’m not sure that I agree.  Although Android is growing by leaps and bounds, the numbers I found show that Apple still has a very happy lead.  Consider the case of Instagram, a mobile photo-sharing app which is only available on iOS, yet now has 5 million users only 4 months after it’s initial launch!  GigaOm writer Ryan Kim also has some doubts about Android’s potential to take over in this area.

What I do agree with is the takeover of the mobile market.  Regardless of whether it’s Apple, Android, Palm, or RIM,  mobile is in and PCs/laptops are going out.  At Qualcomm’s Uplinq conference early in June this year, CEO Paul Jacobs pointed out:

For VSee it means knowing that video calling is moving over to mobile.  According to a survey conducted last August through September by the Pew Research Center’s Internet and American Project,  6% of all American adults have used their cell phones for a video call or video conference.  Another survey conducted by marketing consultant iGR at approximately the same time last year reported even higher numbers with 13% of those surveyed owning smart phones and using them for some kind of video calling.

Pew Research Center also found that video calling in general had increased since their last survey in April 2009.  On any given day the percentage of people in a video call was 4%, up from 2%.  Both surveys had similar numbers of 23 and 24% for the people who had ever participated in a video call (which means still plenty of room for growth :))

What’s really interesting is that the iGR survey also found that 71% think that a smart phone is one of the best devices for video communications with 57% have some kind of interest in being able to video call from something other than a PC. So what’s holding people back?   Lack of equipment or just camera-shy?

iGR found that 38% of those surveyed did not have a video camera for whatever device they were using.  Another problem might be the availability of cross-platform applications.  Even though people might want to go mobile, most video calls are still done via PC, and a review of Facebook’s Skype integration notes “Currently, the limitation with third-party video chat apps like Fring, Qik, and Tango, is that most of them don’t work with PC’s and Mac users, though they’re cross-platform when it comes to mobile.”

Btw, if you’re too impatient to wait for the future VSeeMobile :),  Tango, Qik, and Facetime are some great video calling tools available for your mobile device now.

Now getting back to my original inspiration what would you bet on?  Apple or Android?  PC, Smartphone or tablet?