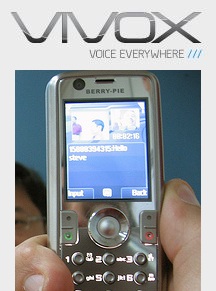 Yesterday, Vivox annouced its acquisition of Droplet mobile video chat.  Vivox is a cross-platform social communication service designed for gamers.  Droplet is a video chat company with a patented technology for delivering high quality video chat “without straining the resources of the mobile network or user’s device.” The idea, of course, is to improve the mobile video service part of Vivox’s VoiceEverywhere platform which boasts superior on-demand voice services, as well as text and video chat across desktop, social media, and mobile platforms.

Primarily a voice-chat company, Vivox currently has over 80 million users and looks hungry to expand into the general voice/video/text chat market.  However, according to VentureBeat, much of Vivox’s success comes from focusing on the needs of the gaming community and some smart partnering with gaming companies (such as Wargaming.net, IMVU, Runewalker Entertainment and Bigpoint.com) which has allowed its VoiceEverywhere platform to be integrated into many popular games.  Following these partnerships, the company was able to triple its usership from 18.5 million to 45 million in just the year of 2010.  Vivox is also used by Sony Online Entertainment,  Linden Lab, CCP Games, and Nexon.

Vivox has also partnered with T-Mobile to power the T-Mobile Bobsled application, and expanded Facebook application that lets users place and receive calls via Facebook, most desktop Web browsers, Android phones and tablets, and iOS devices including iPad, iPhone, and iPod Touch.

Last month, Vivox released its free C3 communication application for gamers, which basically allows gamers to invite and communicate with other players whether inside or outside a game from any of its supported platforms.

Btw, it looks like Vivox is looking to double their engineering and product development staff this year if you’re interested in working in downtown Boston!