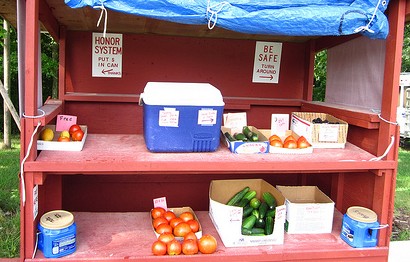 Summary:  Inspired by Hubspot, VSee is also implementing a policy of “no policy on vacations” as a company culture hack.  Let us know if you think it will work!

Who’s The Nut With The Bright Idea
Dharmesh Shah is a serial founder that I admire a lot for his scientific approach to the startup process.  He goes at with simple, direct “hacks” that identify and address the heart of a problem.  He is currently with Hubspot, an Internet marketing company that he and MIT pal Brian Halligan grew from their fascination with the impact that the Internet and Web 2.0 technologies were having on small businesses.  Hubspot is also backed by Salesforce, Google, and Sequoia, currently has about 180 people, and continues to grow rapidly.

At the Business of Software 2010 conference in Boston, Dharmesh gave a really great talk about getting venture capital and the tensions between “Sales Velocity: How Many Customers Are You Selling Every Month, Acquisition Costs Per Customer Basis and Lifetime Value” and other business wisdom he has accumulated from his startup experiences.  Among these things, he talked about how successful businesses are really about businesses that are willing to culturally experiment with ways to get people to enjoy their product, finding out what is that thing that people want but don’t have or trying that something different that will make them happy.  Many times, it might not be a “better” product, but a “simpler” product.  You just never know.

A Cultural Experiment With The Honor System
He illustrated with their discovery that one of the things in the Hubspot company culture that made their employees so inordinately happy with their jobs was their transparency.  It wasn’t about great coffee and flexible working hours (though that may contribute), but knowing exactly what is going on in the company and having a say in it: how much money the company has in the bank, what they spend each month, what decisions are being made at the top…nearly everything except maybe your neighbor’s salary.  It gives people a sense of ownership and empowerment.  (I know what you’re going to ask, so here’s Dharmesh’s philosophy: if you’ve hired someone who isn’t going to be  discrete about these things, then maybe you’ve hired the wrong person.  So far it seems to be working.)
The thing that they’re experimenting with is trust:  Can smart, responsible workers be trusted to do what’s best for the company, like not leaking sensitive company information?  The other controversial trust experiment they are doing is their “no policy” vacation policy:  Can smart, responsible workers be trusted to manage their own vacation time?  What happened was when they got to about 80 people their CFO wanted the company to define a vacation policy so that everyone was on the same page about taking vacations; in the end, they decided that their policy is “no policy.”  They would trust people to use their own discretion to take days as they needed–no tracking, no managerial approvals.  It worked at 80 people, and it’s still working at 180 people.  It’s the same concept as Caltech’s honor code which trusts students to take tests without proctors and gives them 24-hour access to labs and other facilities.  It’s the same concept that makes telecommuting work, because you have to trust to people to get their work done without being able to “see” them.

My take is that I also want VSee to have a culture of transparency, simplicity, and trust, so here’s to our new “no policy” on vacations!

Btw, if you’re interested in hearing more of Dharmesh’s ideas, he has a fantastic blog OnStartups.com.