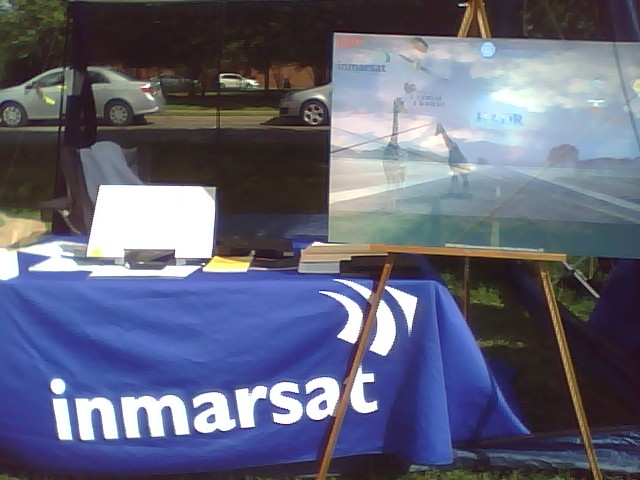 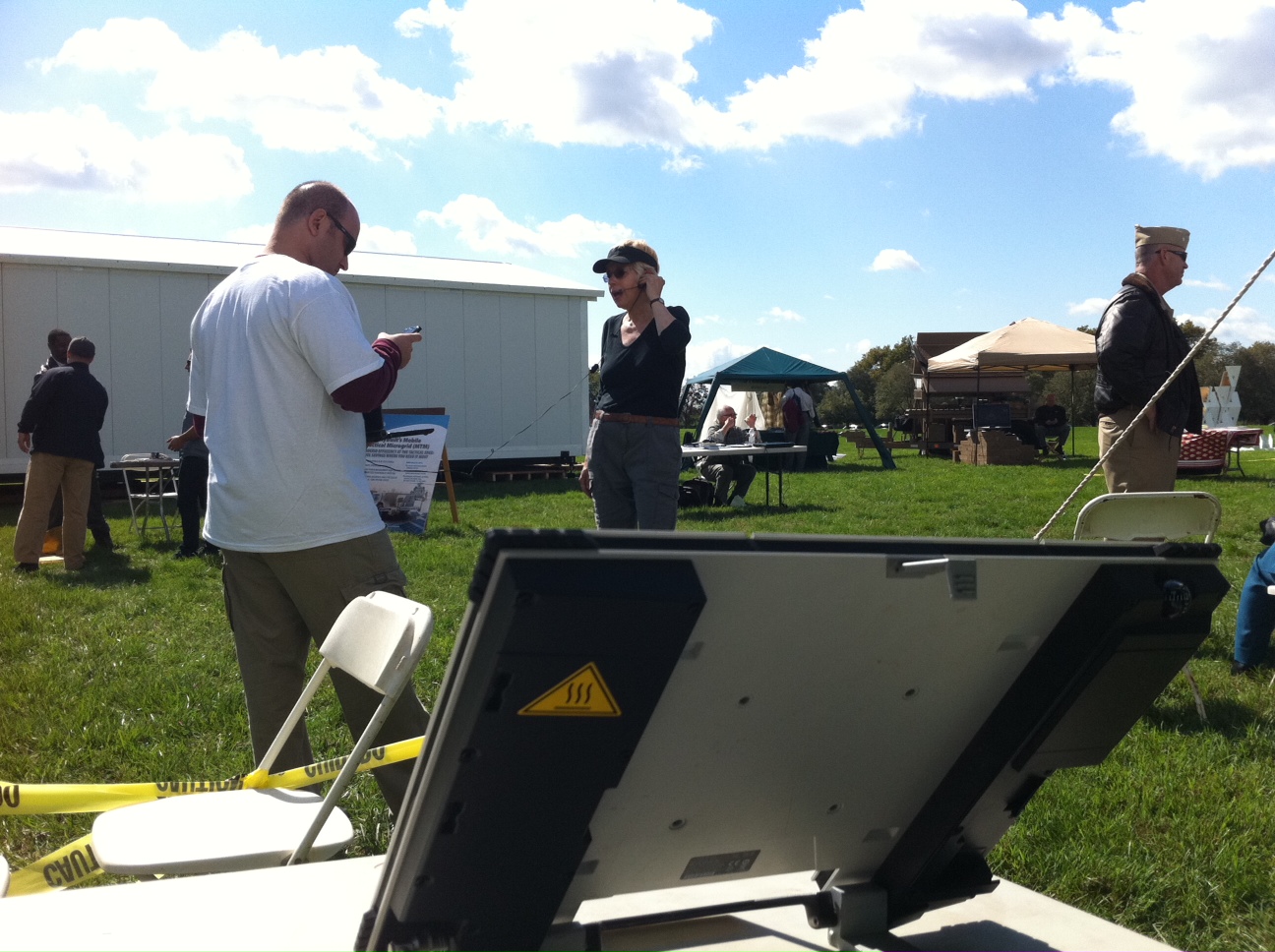 VSee was proud to be the telepresence solution of choice in partnership with Inmarsat satellite broadband BGAN in connecting environmentalist and UN Goodwill Ambassador Dr. John Francis (a.k.a. Planetwalker) and his class at the University of Wisconsin in Madison to last week’s STAR-TIDES field demos.  The demos were held October 4-7  at the National Defense Univesity (NDU) in Ft. McNair.  VSee has been the video choice in numerous humanitarian operations because of its ability to deliver two-way video securely at a fraction of the bandwidth of Skype and Cisco products.  This means high quality video even in the most rugged conditions.  At the invitation of Inmarsat, who provided the network,  I got to tag along and see some of the fun at Ft. McNair this week.

STAR-TIDES is the brainchild of Dr. Linton Wells, former DoD CIO and current Director of the Center for Technology and National Security Policy (CTNSP).  It brings together the various people, organizations, and industries, both government and private, who are interested in finding sustainable solutions for humanitarian, environmental, and disaster relief efforts.  What’s cool about STAR-TIDES is that everyone involved is so passionate about making the world a better place, but in incredibly practical ways–we’re talking necessities of life ways: “shelter, water, power, integrated combustion and solar cooking, cooling/heating, lighting, sanitation and information & communications technologies (ICT)”  The Fall field demo is an annual event that showcases the various technologies that are being used to solve the problems of these basic needs. 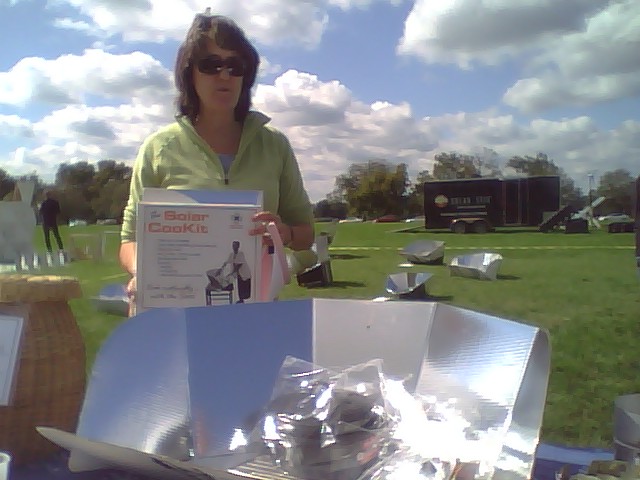 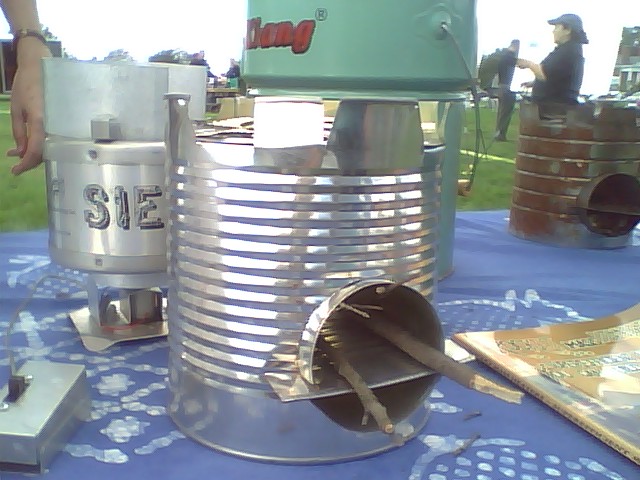 These were definitely my favorite, not just because SUNBD was giving everyone free New York beef wieners and chocolate covered strawberries (made in their solar ovens, of course), but because the ovens are just so easy to make and use.  Just position some reflective surfaces so the sun’s rays are pointing towards approximately the same spot and you’ve got an instant oven.

Another interesting item was this low-fuel stove based on the concept of a rocket engine, which makes a big flame with little fuel due to its narrow combustion chamber.  These stoves can run on a just a couple of twigs and may be made with something as simple as a coffee can. 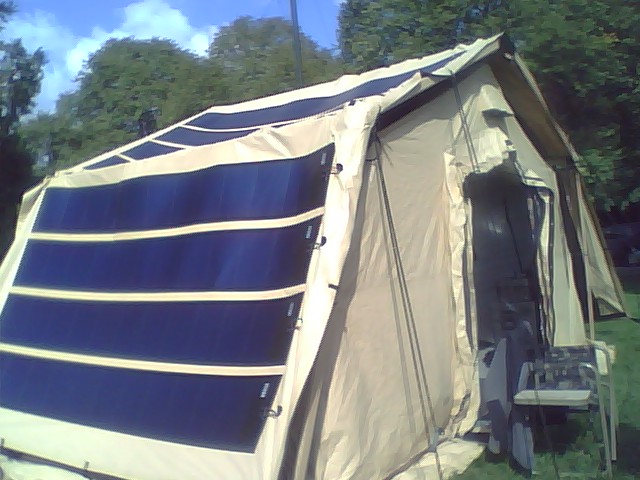 Rugged Systems takes any kind of energy in the raw (mostly solar and wind) and makes it useable wherever you are.  What I thought was kind of neat is that they also have a line products for personal power use, like a little solar “folder” for charging your laptop.  In fact, one guy I talked to always keeps his personal solar battery charger on the dashboard of his car to recharge his batteries.

At the time I didn’t think much of the heat-to-electricity converter, because it seemed so simple, but in a situation where you don’t have recourse to an electrical outlet, but you can generate plenty of flame, this could be a godsend.  Suppose someone in a refugee camp wants study in the evening.  An electric light would be a cleaner, steadier source of light than a smoky kerosene lamp.