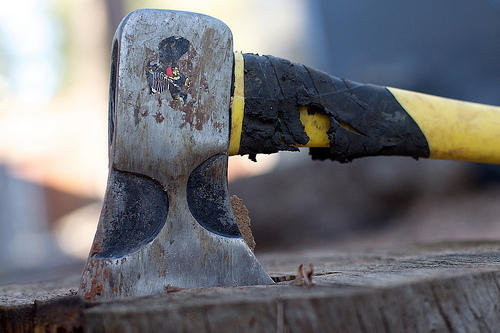 “Rest assured Adobe Connect which was just named by PC Magazine as the best Web Conference Solution for 2011 is not going away. Adobe is concentrating it’s sales and marketing efforts (sales force) on government and education markets. The U.S. Dept. of Defense just signed a 5 year $93M agreement to use and expand Adobe Connect. Adobe Connect is the DoD standard for eLearning and collaboration.”

While I appreciate his optimism, from what I’ve seen so far, I’m not so sure the Adobe Board is on the same page about Adobe Connect.  It seems mighty suspect that right after Adobe executives announced last week that Adobe Connect will no longer be marketed to customers, that Adobe Connect managers all immediately responded on their blogs that Adobe Connect is going strong and will continue to be supported.  If we take a closer look at the numbers, I would say things aren’t really looking so hot for Connect.

Consider that Adobe’s anticipated 2011 Q4 revenue is about $1 billion, and that the largest Adobe Connect deal is a Department of Defense (DoD) site license for $93 million that’s spread over several years.  This license only accounts for about $6 million of the $1 billion of the Q4 revenue pie – a mere round off error in boardroom discussions.  Given that the DoD is Adobe Connect’s largest customer (with about 1 million users), the Board may not see Adobe Connect’s true value.

A Problem of Design

For many years Adobe Connect (and the former Macromedia Breeze) was the system to beat.  It presented a beautiful alternative to the difficult-to-use Polycom and Cisco/Tandberg hardwares.  Unfortunately, while the Adobe Connect design is indeed lovely to behold, its user interface, to put it nicely, is the pits.  Connect has the potential to be a truly elegant product, but it appears that its designers can’t say no to exotic menu items.

After years in the Stanford Human-Computer Interaction (HCI) lab and hanging out with designers at the Stanford d.school (Institute of Design), I’ve come to the conclusion that what Adobe Connect needs is a Steve Jobs or David Kelley to make the tough calls and remove 90% of its menu items.  This should be the role of an interaction designer, but sadly, interaction designers are not valued at most companies.  My belief is if Connect can reinvent itself so that its interaction design is as good as its graphics design then its revenue would skyrocket enough for the Board to sit up and take notice.

At boardrooms, unless a product can ‘move the revenue needle’ – and $1 billion is a big number to move – then it’s not likely to survive the chopping block.  I’m just fearing the worst for Adobe Connect – that it may be killed prematurely and never have the chance to become what it could have been.