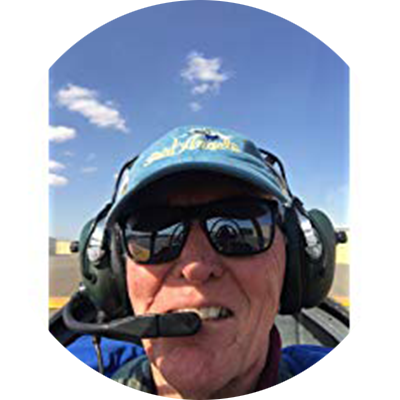 He was raised in Wayne, New Jersey and attended Fairleigh Dickinson University prior to entering the Naval Aviation Cadet program in 1962. AS a Fighter Pilot he flew 350 combat missions over Vietnam, during which time he was first to shoot down two enemy aircraft and was later shot down over NVN by ground fire on Hanoi strike. He was Commander and Flight Leader of the Blue Angels Flight Demonstration Squadron; Captain of the auxiliary ship, U.S.S. SYLVANIA and Captain of the aircraft carrier, U.S.S. JOHN F. KENNEDY, Director of Navy Liaison for the Navy Office of Legislative Affairs, Director Warfare Systems Engineering and Architecture at Navy Space and Electronic Warfare Systems Command and Director of Operations at the Defense Nuclear Agency, He retired from the U.S Navy in October 1994 as a Rear Admiral.
After retiring from the Navy, Admiral Wisely developed and ran an international business for Motorola in Scottsdale, AZ. He took advantage of networked communications and systems integration developed by Motorola for the U.S Department of Defense and applied this technology in commercial endeavors. Some examples of his success were: linked all police precincts in the country of Malaysia by way of a secure communications network; designed and built an Integrated Communications Center at Inchon International Airport in Korea and won the contract to integrate the Beijing Capital International Airport Terminal allowing all the major systems to interact with each other.
When Motorola’s Integrated Information Systems Group was bought by General Dynamics, he became the account director for Navy, Marine Corps and Homeland Security customers. His last major effort was winning the $300M + Marine Unit Operations Center Program. This program has become a major revenue input for the company and a valued capability for the Marine Corps.

EDUCATION/TRAINING
He attended the U.S. Naval Post Graduate School ’69 -’70 and received a degree in Government/International Relations. In 1993 he attended JFK School of Government Senior Executive Course at Harvard.
After retirement Denny lead the Blue Angels Association and formed the Blue Angels Foundation (501(C)3 with a major emphasis on helping Warriors and those with PTSD.
Denny resides in Scottsdale,AZ and Winter Park, CO