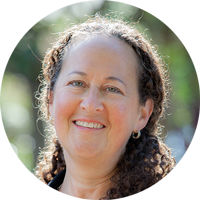 Karen Drexler is CEO and a board member of Sandstone Diagnostics, a company that is utilizing portable centrifugal technology to put a new spin on healthcare. Sandstone’s first product is Trak, an FDA cleared system for home male fertility testing and tracking sold directly to consumers in the US.  The company is expanding into tools that broadly support blood-based diagnostic testing. She serves as an independent director for ResMed, a NYSE-listed and market leading company in the disordered breathing space.  ResMed is also a leader in the digital health arena, with millions of connected devices capturing sleep and other data every night. Ms. Drexler is also on the board of Tivic Health, a commercial stage bioelectronic medicine company initially targeting relief of sinus pain and pressure.  She is a member of Women Corporate Directors, National Association of Corporate Directors and Stanford Women on Boards.

Ms. Drexler has extensive operational and entrepreneurial experience. She founded and ran Amira Medical until its sale to Roche Diabetes Care.  She managed a variety of functions at LifeScan, a pioneer in home blood glucose monitoring, and executed the sale of the Company to Johnson and Johnson.  An inventor on 11 issued patents, she was also named Female Entrepreneur of the Year by the Stevie Awards, 2013, and Entrepreneurial Woman of the Year by Silicon Valley Women’s Fund, 2002.

Ms. Drexler is active in Astia (www.astia.com) and Springboard (www.sb.co), nonprofit organizations that support female entrepreneurs.   She is a founding member of Astia Angels.  She guest lectures at Stanford courses in medical device design and mobile health and provides team support and mentoring for the Stanford Biodesign Fellowship and StartX, the off campus Stanford accelerator.  Ms. Drexler is on the advisory board of the Keller Center for Innovation in Engineering Education, Princeton University School of Engineering.

Karen is a native of New Jersey, and received her M.B.A. from Stanford University Graduate School of Business and a B.S.E. in chemical engineering from Princeton University.  She and her husband Andy, a fellow Stanford M.B.A., reside in the San Francisco Bay Area.