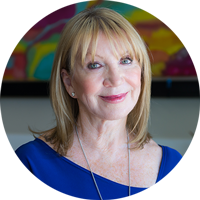 Following her passion, Smith left high school early to become a dancer, model and actress, and later received her high school diploma at age 24 through the University of Nevada, Las Vegas (UNLV) Continuing Education program, where she took and eventually taught courses in non-profit management and development.

After her son Christopher was born with Down Syndrome, Smith faced the discrimination, low expectations, neglect and general apathy towards those like him. Her experience inspired her to become an advocate within the non-profit world for people with disabilities, and for the families who love them.

Smith volunteered with multiple organizations including The Arc, Special Olympics and the Down Syndrome Organization before beginning her non-profit career in 1985, when she joined Opportunity Village to assist with fundraising efforts, later becoming chief operating officer, and eventually senior executive vice president.

Throughout her time at Opportunity Village, she created unique signature events including the Magical Forest, The World Challenge Santa Run, Barbeque at the Bitter Root Ranch, Camelot, and the 25-year Concert of Love featuring celebrities like Celine Dion, while raising over half a billion dollars through capital campaigns, donor relationships and event development and management. Over the years, her knowledge and efforts have impacted dozens of organizations including Opportunity Village, Best Buddies, My Possibilities Texas, Noah Homes San Diego, Nevada Desert Bighorns, and Henry’s Place Camp.

Recognized as a fundraising icon, Smith has been honored as “Fundraising Executive of the Year” by the National Society of Fundraising Executives, received the Leif Erickson Hometown Hero Award and the “International Superhero Award” from Best Buddies. She was bestowed the “Woman of Achievement Award” from the Las Vegas Chamber of Commerce, and the “Distinguished Nevadan Award” from the Nevada System of Higher Education for “exceptional service to the State and Nation by influencing the well-being of all mankind.”

Inspired by her eldest son, Christopher, and her life experiences, Smith was led to author her memoir “Unwanted,” which launched in March, 2019. Smith has been featured in various on-air and print publications. She has also lobbied state and national legislatures for the rights of exploited children, and for disabled citizens and their families.

Born in Blackpool, England, and raised in Toronto, Canada, Smith relocated to Las Vegas at the age of 25. In her spare time, she enjoys occasional hikes and strategizing ways to help non-profits. Smith lives in Las Vegas with her husband, John.