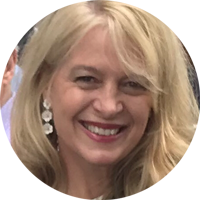 Michele is a lawyer, serial entrepreneur, and venture capitalist with DigitalDx Ventures alongside her business partner Ted Driscoll. DigitalDx invests in startups using AI/Data to better diagnose and treat illness. Michele is the West Coast Ambassador to the Nobel Laureate Foundation, serves on the Board of Nephrosant, Advisory Boards of eHealth Analytics and Quatellia, has regularly guest lectured and mentored students in Stanford’s School of Engineering for Global Marketing and Entrepreneurship. Michele has been a Huffington Post blogger on female entrepreneurship and an award winning expert on E-Local. She was voted by the Business Journal as a Silicon Valley Woman of Influence, featured in the cover story on Women in Legal Technology in the American Bar Association Journal, named a ‘Person to Watch‘ by Gentry Magazine, and has been featured in stories on NBC, Inc. Magazine, The Mercury News, Redbook and the Washingtonian.

She has a Bachelors degree from Georgetown University, a law degree from Georgetown Law School, and a Masters in Fine Arts from the American Film Institute. She speaks three languages and lives in Portola Valley with her four children. She is also the author of three granted patents in legal technology with two more pending in other areas.