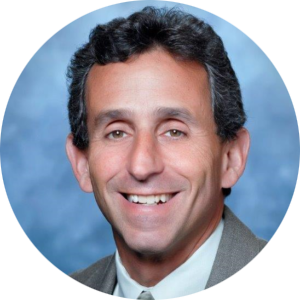 Board certified in internal medicine and a Fellow of the American College of Physicians, Dr. Weingarten has published approximately 100 articles and editorials on health care quality improvement, clinical decision support, and related topics, and has authored numerous chapters on improving the quality of patient care in some of the leading internal medicine textbooks. He has given more than 300 presentations on clinical decision support and related topics throughout the United States and internationally.

Dr. Weingarten has held positions on myriad national committees dedicated to improving patient outcomes, including those of the Institute for Medical Quality, the American Heart Association’s “Get With The Guidelines” program, and the quality improvement committee of the board of directors of St. Joseph’s Health System. He is currently a Board of Director for the Scottsdale Institute. At Cedars-Sinai, he has been awarded both the President’s Award and the Golden Apple Teaching Award, and was Alumnus of the Year for 2009.

After graduating from UCLA’s medical school, Dr. Weingarten completed his internship, residency and fellowship in Internal Medicine at Cedars-Sinai. He later participated in a National Center for Health Services Research fellowship at the RAND/UCLA Center for Health Policy Study. During the fellowship, he also earned a Master of Public Health at the UCLA Fielding School of Public Health.