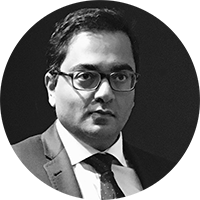 Population Health helps governments and health systems to use data, analytics and care management to provide better value healthcare to people, and Aetna has successfully deployed it in India, China, South Korea, the Middle East and further afield.  vHealth is a major component of the business and introduces comprehensive primary care through digital technology.

Previously, Sneh was Chief Operating Officer for Advanced Oncotherapy PLC, which is involved in advanced proton therapy, and is a spin off from CERN (home of the Large Hadron Collider)

Sneh started his non-clinical career as Director of Healthcare Development and Global Medical Director for Bupa Group.  He originally trained as a surgeon, specialising in oncology and he continues clinical practice as a radio doctor, where he has a popular weekly call-in show on London’s LBC 97.3FM.  He also works as an expedition medic, supporting people undertaking challenges around the world.

Sneh has previously advised and acted for a number of private equity houses in the UK and Europe.  He is also a non-executive director of Viapath, the largest UK pathology company; and previously NED for the Joint Commission International, the US-based leading hospital accreditation authority.  In 2013, Sneh was awarded an honorary Membership to the Faculty of Public Health in recognition of his contributions to the field.