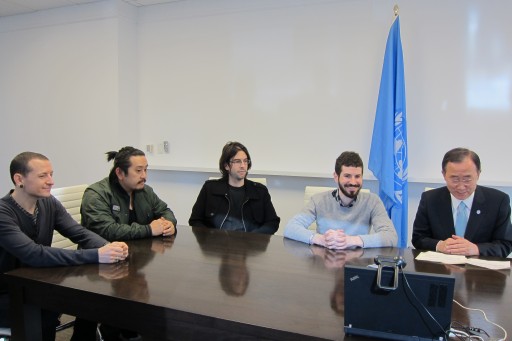 They were talking about the ongoing relief efforts in Haiti and how you can support the UN and its partners in helping Haiti rebuild and transform.  They talked from LA, San Francisco, and DC via VSee to their moderator, Randi Zuckerberg, Director of Market Development at Facebook.  Viewers sent questions in real time and participated in the discussion.

We did it by hosting the VSee meeting on an additional computer which funneled all the feeds into one.  This feed was then streamed through Ustream to the UN Foundation’s Facebook page.

The Facebook Town Hall for Haiti provided a unique opportunity to keep a broad public audience engaged in support for Haiti after last year’s earthquake.  The involvement of Linkin Park with its tremendous fan base (20 million Facebook fans) helped connect new parts of the Facebook community with the UN, the UN Foundation, and USAID.  The online impact was matched by a clear message:  people around the world want to connect with Haiti and help partners make a positive difference.  Tens of thousands of attendees watched live and asked questions as representatives from the United Nations, members of Linkin Park, the USAID,  and the UN Foundation’s very own Kathy Calvin spoke about the latest developments in Haiti and ways for individuals to continue helping the Haitian people one year after the devastating earthquake.  In addition the Town Hall was featured in more than 80 news articles, and has garnered coverage in such outlets as Look to the Stars, MTV.com, The Los Angeles Times and The Huffington Post.

Thank you everyone who attended.  To keep abreast of more events as they come up, please go to our Facebook page!

Here’s Milton with Linkin Park at the Facebook offices… 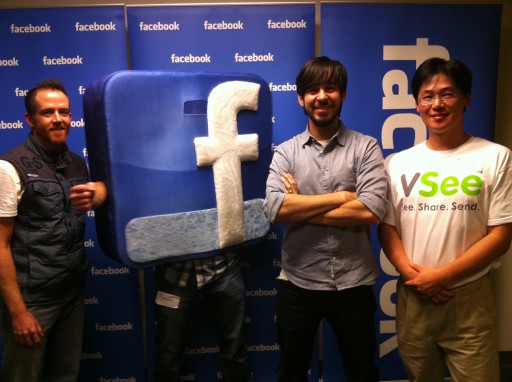