A Missing Link in the History of the Videophone

There are many historical time lines of videoconferencing on the Internet. A nice one is from an earlier post on this very blog. Most of these histories identify the AT&T ikonophone as the first working video phone. Although a milestone in its own right, it was not the first videophone as we think of them today. While the audio was two-way, the video was only one-way.

The first true videophone system, with two-way video and two-way audio, came about in Nazi Germany. 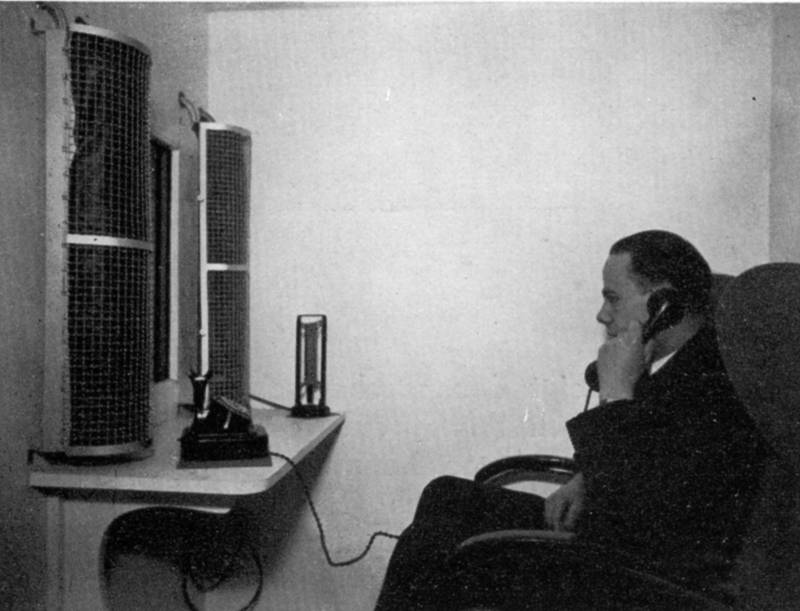 In 1930, Georg Oskar Schubert was the head of “Sudetengau verlagerten Fernseh-GmbH”, a combine of several companies tasked with developing television broadcast technology and production. As an offshoot, Schubert designed and oversaw the production of the “Gegenseh-Fernsprechanlagen”, the first real time, two-way audio-video phone system.

Because of the complexity of the system along with the lights, camera, display and telephone handset; these videophones were set up in private booths within the post offices. This was the only feasible option as post offices also housed large parts of the telephone, telegraph and wireless communication infrastructure.

By March 1, 1936 the first videophone was in production between the Berlin and Leipzig post offices. By the time the system was abandoned in 1940, there were additional booths in the post offices of Nuremberg and Munich as well.

Even if the war had not diverted resources, the system probably wouldn’t have grown much larger or remained in service very long due to the incredible cost to construct and maintain the system. Calls cost 1.20 Reichsmarks per minute or about five times as much as for a regular telephone call. 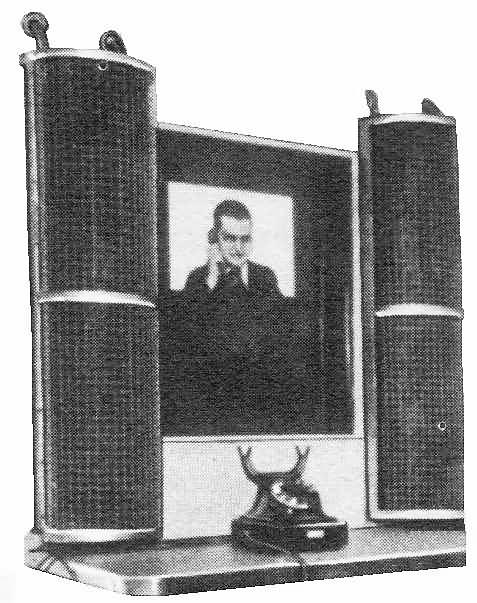 The technical specifications were impressive with an estimated resolution of 232 x 172 at 25 frames per second and toll-quality audio. From the images, it appears as though the display was approximately 12 diagonal inches. Interestingly, this is not too far off the default quality of VSee on a laptop.

Similar to the usual VSee setup, the old German system placed the caller close to the video camera and display so that the image quality was adequate to convey facial expression and some body language. (Here’s a good article discussing “bits per face“.)

Everything old is new again.