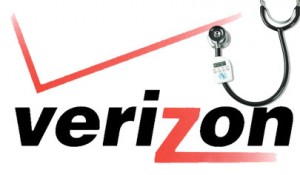 For the last few years, Verizon has been one of the titans leading the charge into the telemedicine space. Verizon had a big presence at tradeshows such as mHealth. They issued RFPs for video conference and telemedicine platforms to create their offerings, and created a huge buzz about the new Verizon telehealth products.  (In full disclosure, VSee also bid on the Verizon RFP and was told that since VSee did not connect with Cisco – it could not be picked even though Verizon liked the rest of VSee 🙂 )

At the time, Verizon was in discussions with the largest consumer brands, and it was poised to make a big entry that would shape the telemedicine landscape. And then it fizzled.

The problem is Verizon should never have used Fuze. It didn’t make sense, since the user interface of Fuze was not optimized for healthcare, making a poor user experience. Likewise, its competitor Zoom is another video conferencing product that is great for web meetings, but which doesn’t have a user interface designed for healthcare workflows (not to mention Zoom is also not HIPAA-compliant). It would have made more sense if Verizon had worked directly with Vidyo.  Then it would allow Verizon to craft a great consumer experience for healthcare.

However, with telemedicine and telehealth at the inflection point for mass marketing, I am sure Verizon will give this another try soon 🙂