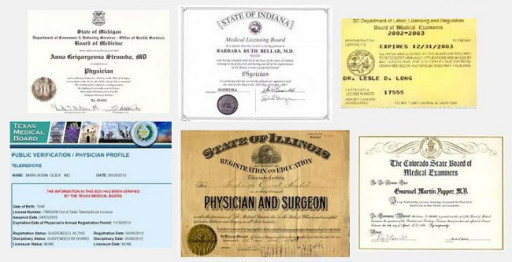 The Federation of State Medical Boards (FSMB) is drafting an interstate physician licensing compact that would make it easier for doctors to practice medicine in multiple states. If the plan goes into effect, it would be a huge breakthrough for VSee, MDLIVE, Teladoc, American Well, Doctor On Demand – indeed, the entire telemedicine industry.

Under current laws, doctors have to apply for licensure state by state, because each state has its own unique requirements. While it’s true that state control of licenses allows states to investigate consumer complaints and protects in-state doctors against malpractice lawsuits; nevertheless, for a doctor to apply for licensure in multiple states is very time consuming.

Some states with physician shortages, like Idaho, average about 45 days and even have reciprocity laws that allow expediting physician licensure for out-of-state physicians; many others can take closer to a year. For the most part, however, this patchwork of requirements has prevented many health providers from offering their expertise beyond their state line. Most health professionals don’t want to bother with obtaining licenses in multiple states. As a result, doctors wanting to practice telemedicine and telehealth are limited in their ability to grow their practice. With millions of people gaining health insurance under the Affordable Care Act, we’re seeing a doctor shortage that’s not being helped by the current cross-state physician licensing regulations.

The way the FSMB physician licensure compact works is participating states would jointly set up an interstate commission, which would in turn develop an “expedited” license that doctors could then use in those states that join the compact. Assuming that several states choose to join the compact, it could remove much of the red tape that has stood in the way of patients reaching doctors through video conferencing technology.

While this news represents a promising first step, it’s not the big breakthrough we’re looking for. First, it leaves the patchwork of licensure requirements intact, without creating a single uniform rule for licensure across the country. Second, we’ve been hearing about efforts to make physician licensure easier across state lines for many years, with few results.

Note that the FSMB’s proposal is for an interstate compact, not for federal legislation. The good news is that it won’t require a deadlocked Congress to vote on it. The bad news is that each state will have to decide individually whether to join the compact. To join, a state’s legislature simply changes its laws to match the requirements of the compact. In other words, full implementation of this plan requires it to be passed state-by-state, an incredibly lengthy and complicated process. There’s simply no way to predict which ones might change their state laws accordingly, or when. But with only 16 senators endorsing the plan, it doesn’t look like a majority of states will come on board in the near future.

In short, removing the red tape that ties down telemedicine will take more concerted efforts from all parties. So while it’s too soon to get excited over this glimmer of hope, we believe it’s a goal we need to pursue, even though it may take years.