Growing contenders for the telemedicine market

A year ago, the undisputed telemedicine leaders were MDLIVE at #1 and TelaDoc at #2. Then American Well came onto the scene when it decided to pivot its business model to copy MDLIVE’s. It hired a network of providers and  started doing direct consumer video doctor consultations.

The reason for this pivot was simple – American Well picked Vidyo as its video telemedicine partner and got bogged down with IT instead of innovation and design. For example, with Vidyo’s complex server architecture, American Well would need to spend months of time and resources on hosting, security, firewall, etc. in order for it to do a large scale deployment. That doesn’t leave much for creating a great user experience. Thus American Well was losing money and had to change. Given that American Well has deep hospital relationships, and its founders are extremely successful business people, it quickly became the #3 telemedicine provider.

Doctor on Demand is the brain child of Jay McGraw and his celebrity father, Dr. Phil. Backed by the constant coverage through Dr. Phil’s eponymous show, Doctor on Demand quickly gained market traction. HealthTap, on the other hand, is a well known brand with deep doctor penetration (it’s website says it has over 60,000 doctors), and thus getting into telemedicine was a logical choice. HealthTap debuted its 24/7 video consultation services this year. 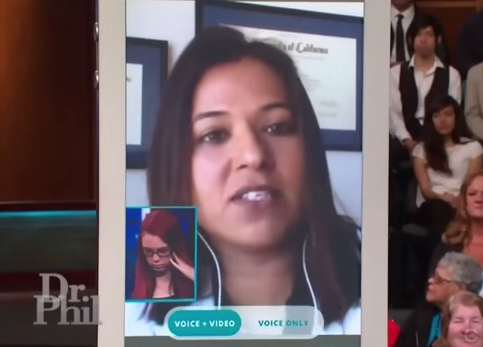 In the direct to consumer telemedicine space, Doctor on Demand and HealthTap are now locked in a mortal struggle. So how are they doing?

One interesting insight into these numbers is that a large number of calls made to Doctors on Demand and HealthTap are from young girls who think they may be pregnant. The convenience of talking to a doctor about their choices makes both services very appealing this demographic of users. In the end, they may be the deciding factor in which telehealth app comes out ahead.