4 Things You Should Know About Telemedicine Reimbursement 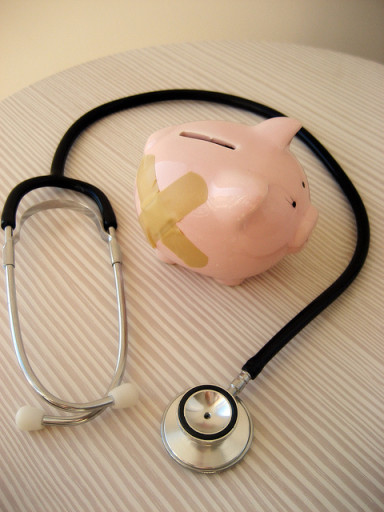 Who pays for telemedicine? As a health provider, just because you appear on a screen rather than in-person doesn’t make your expertise any less valuable. It makes sense to expect Medicare, Medicaid, and private insurers to reimburse you for your work. Fortunately, the rules for telemedicine reimbursement are changing these days. Unfortunately, these rules have not completely caught up to the technology. Depending on which state your patient is located in and what kind of insurance they use, you might only be partially reimbursed, or it may not happen at all.

Many states are updating their rules on telemedicine reimbursement. In fact, 21 states as of April 2014 (including California and Texas) have passed full parity laws which require insurers (and sometimes that states’ Medicaid plan) to reimburse providers for services provided via video conferencing on the same basis as they would for in-person consultation. This is yet more proof that telehealth has passed a tipping point.

Partial Medicare reimbursement was first authorized by Congress in 1997. But since then, substantial limits remain on geographic locations, originating sites, and eligible services. The result is that many senior citizens on Medicare cannot afford to contact their doctor by video, and so most doctors who serve the elderly are more reluctant to provide services by video.

Medicaid for low-income patients has a big advantage over Medicare, because most states’ programs offer reimbursement for the cost of transportation. This matters to patients in rural areas who have to travel long distances to meet a specialist. Of course, telemedicine eliminates the need for transportation. State lawmakers can see the potential for telemedicine to save money on transportation reimbursement. As of this writing, 41 state Medicaid programs provide at least partial reimbursement for telehealth. The most common field to receive Medicaid reimbursement is behavioral health. A few other state governments have expressed interest in expanding their Medicaid reimbursements for telehealth. But the Great Recession placed constraints on their budgets, and plans for reform have been postponed until state treasuries are more flush with cash.

As with Medicaid, individual states establish their own laws governing private insurers and what services they must reimburse. As of this writing, only 15 states have enacted laws requiring insurance companies to reimburse services provided by telehealth if the same service is reimbursed when provided in person. A 2007 MIchigan State University study shows that over 100 private insurers reimburse for telemedicine services. Among these Blue Cross / Blue Shield (BCBS) is looked to for setting the trend and actually reimburses for telemedicine in 21 states.  Moreover, of the organizations providing billable telemedicine services surveyed, about 57% receive reimbursement from private payers.

Despite the tepid support from states concerning telemedicine reimbursement, patients are still seeking out affordable telehealth solutions.  Many enterprising people are getting creative by turning to non-traditional payers to fill in the funding gaps left by their state’s laws. These unorthodox sources of funding may include charitable organizations, long-term care and community health providers, special population agencies, and self-pay and self-insured groups.  Clearly, the demand for telehealth already exists – if only more of our elected representatives would get on board.

Obviously, a uniform reimbursement policy across all 50 states would make life much easier for patients and providers. VSee and other innovators must build a case with solid data about the costs and benefits, so that more governments see the value of telemedicine.