Videoconference Interviews Are Replacing The Face-to-Face 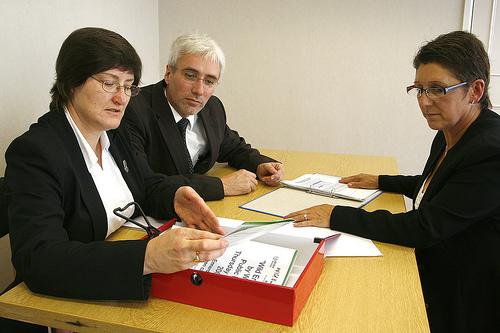 Unlike telephone interviews which also save a lot of money and resources in the recruitment process, few companies are rash enough to actually hire someone based on phone interviews.  There’s something about needing to “see it in order to believe it.”  For better or for worse, nonverbal cues such as eye contact, smiling, body orientation, gestures all influence a person’s perception and ability to trust in another person, which you can’t get over the phone.

How VSee Does It

At VSee, we will actually hire people without ever having met them before in person.  In fact, we almost never do in-person interviews.  Besides having high quality video, VSee’s remote application-sharing also allows us to give brief skills tests during the interview so we get a sense of how comfortable an applicant is in programming (and to make sure applicants are doing their own work!)  VSee is also makes it easy for a panel of interviewers who may be in different locations to meet with the applicant.  Unlike this professor’s Skype experience of talking to a distant table of interviewers or a hidden interviewer, each VSee interviewer’s face is clearly visible.