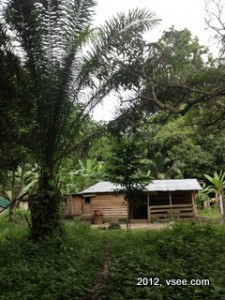 I don’t of know of too many tech startups that would send you to Africa on a humanitarian trip, but I just got back from an amazing trip to the West African country of Gabon.  It’s a small, beautiful country of about  1.5 million people located on the equator just north of Congo.  We had been invited there by Dr. Lachlan Forrow, President of The Albert Schweitzer Hospital (HAS), to deploy VSee remote ultrasound for the hospital. 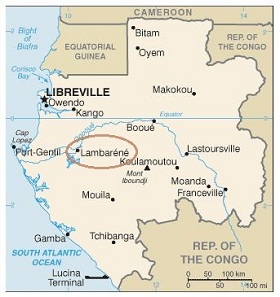 Founded in 1913 by Nobel Peace Prize winner Albert Schweitzer, HAS is historically the oldest hospital in Gabon. For many years it was also the only hospital. It took us about 4 hours to drive there from the capital city of Libreville, where our plane landed.  HAS is located in the province of Lambaréné and sits on the bank of the Ogooué River in the middle of a tropical rain forest. Next year it will be celebrating its 100 year anniversary!

It turns out Gabon is one of the most stable and prosperous African countries.  This is partly because of its small size and population and partly because it has had a stable and progressive government since 1960.  In spite of this, the majority of people still live in poverty. 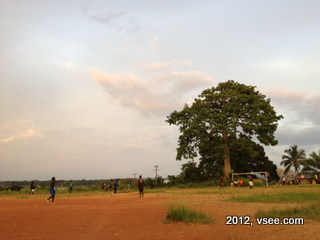 In Lambaréné where the hospital is located, there are about 60 villages, many of which are only accessible by boat, and most of which do not have electricity.  The hospital reaches out to them with a program called PMI where the nurses go to a village one day a week to administer vaccinations to the children.  Some of the villages may be as far away as an hour by boat.  Even though PMI is only supposed to give vaccinations and even though many families have a small wooden boat that allows them to get to the hospital, many people who are sick or need medical attention will wait for the nurses to come to them. We were able to visit one of the villages about 10 minutes from the hospital. 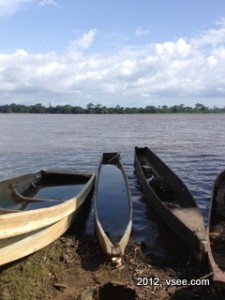 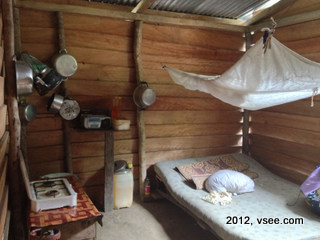 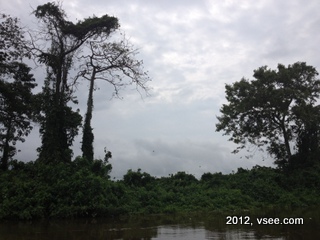 With an economy dependent on fluctuating oil prices, Gabon has been looking to diversify its economy.  One very promising outlet is eco-tourism.  The former president Bongo of Gabon set aside an unheard of 10% of the country to be protected as national parks, and Gabon has some stunning countryside worth preserving. According to Lonely Planet Gabon is a place of “endless white-sand beaches, primate-filled tropical rainforests, rolling savannahs and estuaries.”

In fact, Gabon has one of the last virgin rainforests that touch the ocean, so you can see things like hippos surfing in the ocean, elephants roaming the beach, and gorillas in the mist.  We were able to take a boat tour along the river to see some of this beauty for ourselves.  The tour took us through rainforest that stretched endlessly before us in complete tranquility.  Truly, Gabon is one of the most beautiful places I have ever visited – the Costa Rica of Africa. 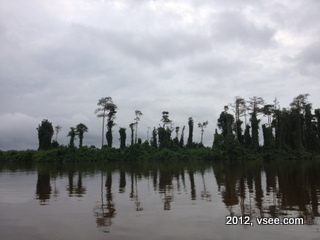