On June 19th in Rio De Janeiro, global leaders such as Ted Turner and Richard Branson assembled to have a conversation with people around the world about how technology and social media have impacted conversations about global social issues. Complementing the concurrent United Nations Rio+20 conference, the Rio+Social conference included panels on how technology, digital and social media can impact the major issues being considered at Rio+20, including: energy, cities, jobs, food, water, women, oceans, and disasters. We at VSee are thrilled to report that we played a small but vital part in making this important conference possible.

One of the most exciting sessions of the event was a conversation with the two-time Grammy award winning band Linkin Park, founders of the non-profit Music for Relief. For nearly a half-hour, a 5 person panel in Rio asked questions and discussed pressing social issues with Linkin Park members Mike Shinoda and Dave Farrell, who weren’t in Brazil, but speaking from over 6000 miles away, in Los Angeles! The technology for this live HD video link wasn’t some pricey satellite video link (like TV & cable networks use), but VSee! Using just a USB speakerphone and HD camera, we provided a 720p resolution, full motion video stream that was projected in front of 600 people at the Rio+Social event. No specialized infrastructure or hardware — talk about sustainable!

Please check out these sites for more information on Music for Relief, and the Rio+Social event:
http://www.rioplussocial.com
http://www.musicforrelief.org

We look forward future partnerships with groups that work for positive social change, and hope that our ability to provide high quality international video calls without special hardware or infrastructure can continue to serve a positive role in the future. 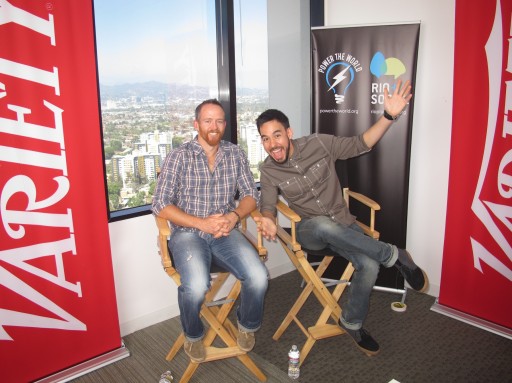 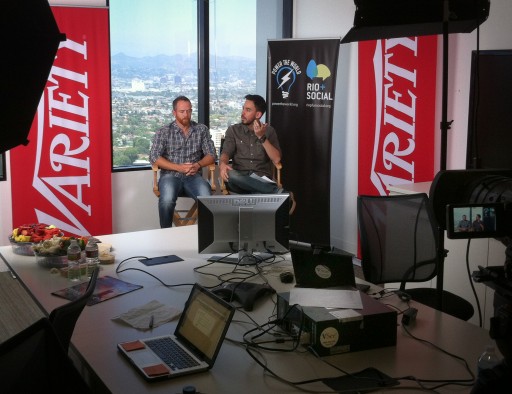 Linkin Park live in discussion via VSee during Rio+20 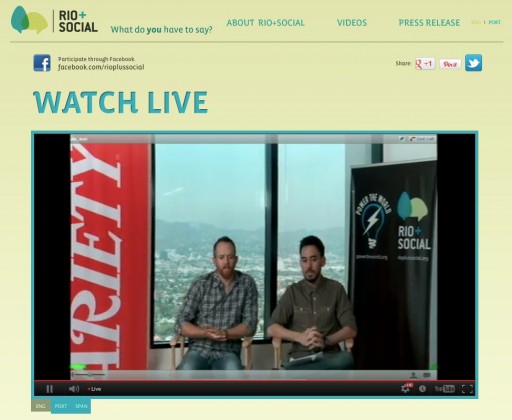