Does Telecommuting Make You Invisible? – Part 1 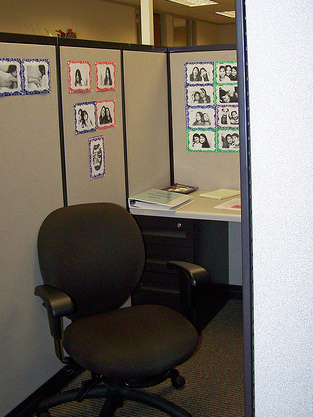 While working remotely is gaining more acceptance in the everyday work world (Telework Research Network estimates that 20 to 30 million people work from home at least one day a week), it’s still a gray area for many workers.  One of the big worries that plagues people is how teleworking affects their career path, status, and value in a company. Research is somewhat conflicted about the actual effects on career success as well.  According to Schreiber, for woman at least, teleworking does not necessarily affect job success, while Shapiro, Ingols, and Blake-Beard find that flexible work arrangements including teleworking “are still used at great expense to an employee’s influence, reputation, and promotability.”  In either case, there are plenty of opinions on this subject and first-hand experiences, judging from this Slashdot discussion thread.

From what I can gather on the posts there seem to be 2 main camps:

Of course, there all the bystanders in between and the various factors like company culture, company politics, personal goals…that will affect just how visible or invisible you really are.

“You’re Only As Invisible As You Choose To Be”

From Camp #1 we have Deep Esophagus who has never left his visibility to chance. Right from the getgo almost 20 years ago he made it part of his remote job responsibilities to make sure people knew he was around and that he was doing a great job. He was so on top of networking and staying in the company loop, even photo editing himself into a group photo for a presentation, that when he showed up at the office for personal reasons, he was in his own words:

“dragged into a management meeting [and] ended up the center of attention as a parade of colleagues came in and described how I had pulled their fat out of the fire over the past 15 years. All this took place with me sitting right next to the CEO, who was always one of the most vocal opponents to telecommuting. So afterwards I told him I had been trying to stay under his radar, and he said he has always known about me because whenever a crisis arose involving our legacy products, someone would say ‘No problem, DeepEsophagus is on it’ or ‘DeepEsophagus already took care of that.'”

I don’t know how far beyond call of duty DeepEsophagus had to go to become such a legend at his company, but even if you’re not out to get the most valuable remote worker award, I agree with his advice that “The important thing is to make sure the impression you leave is a GOOD one.”

I have to confess that, unlike DeepEsophagus, I haven’t made any special efforts to be in the loop or to collect special accomplishments.  It makes a difference though that VSee is quite small (20-25 people) so every little bit of man- or womanpower gets noticed.  It also helps that we have a family-style culture so people are active about acknowledging each other’s contributions as well as important life events outside of work.  Within each group we have regular VSee meetings to find out what others are doing and need help doing.  We also have regular informal lunch meetings (that everyone, remote or not, can choose join).  These are valuable because we get to hear about what’s going on with all other parts of the team and can stay aware of the bigger picture. It’s also a place where we can contribute our ideas and feedback to areas outside of our group. In other words, you’re going to be visible at VSee  even if you’re not particularly sociable.

Taking Your Visibility Into Your Own Hands

You probably could not say the same for bigger, less remote-friendly workplaces, where it’s easy to get lost in the crowd.  In that sort of situation, I’d make sure you are proactive about meeting with people both virtually and physically, especially your supervisor. (Research shows that a good relationship with your manager in which you are supported and nurtured goes a long way in making you feel included and successful at your job.  Since many managers don’t know how to deal with remote workers, it may be up to you to take the lead and tell them what you need from them). As tirk another Slashdot contributor emphasizes “And you have to sometimes keep pushing for all those meetings and trips as the office will tend to let them slip otherwise. :)”

Which camp do you belong to?

Stay tuned for a rundown of Camp #2 thoughts and arguments coming up in Part 2.

Madsen, S.R. 2003.  The benefits, challenges, and implications of teleworking: A literature review.
Journal of Business for Entrepreneurs 4 (January,) 138-151