Does Telecommuting Make You Invisible? – Part 2 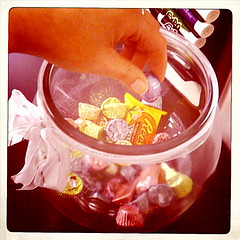 While constantly improving technology certainly makes remote work and staying connected easier than ever, it’s still not the same as being there in person. The question is how much of a difference it makes to your standing in your company or your ability advance your career? In the previous post we talked about Camp #1 people like Deep Esophagus, who don’t think it makes much of a difference, although it does mean putting in extra effort to make sure you stay on everybody’s radar.

Today we’ll look at Camp #2 people, which seems to be the majority, who think that staying highly visible from a distance is the exception rather than the rule.  There is a nagging feeling that by not putting in regular face time you are relegating yourself to the edges of the picture. Indeed, Kurland and Cooper’s research suggests that this feeling isn’t just in the heads of remote workers, but is an issue that their non-telecommuting managers and coworkers are well aware of, too.  Managers reported that it was harder to create team energy and bonding with remote workers and that remote workers missed out on informal mentoring and training that would benefit them in the long run. Kurland and Cooper also found that the longer a person teleworks the less opportunity there is to build strong personal networks and the more dependent he or she becomes on the manager to stay informed about what is going on at work and to advocate for him or her. Another researcher even found that managers were more likely to promote non-teleworkers than teleworkers.

From the Slashdot discussion board, dmomo makes some great observations about the differences between working from home and being in the office:

“by being in the office I’d engage in casual conversation. These became important because you gain a better feel for how people use the system you work on. A lot of questions about implementation are avoided because you seem to just ‘know’ the expectations a little better…. Also, there are always small bugs that people never bring up because they don’t think they are important enough for a trouble ticket. These only come up in non-related conversation. ‘By the way… I noticed this issue.. let me show you’. These kind of interactions provide opportunity for a software developer to take initiative and improve the system in ways that matter.”

“You won’t be included in quick meetings to solve problems that pop up, you won’t get credit for helping get over many critical issues that require personal attention. You will be an invisible workhorse…. People won’t think about you if you aren’t there… unless of course you don’t do your work. And even that isn’t a guarantee these days. It is like IT, no one cares if you are there unless something goes wrong. And at those times, if the powers that be can’t get to you in a way that is convenient to them, they will find someone who is better able to accommodate them.”

“In true love the smallest distance is too great”

Apparently this isn’t just the case for true love.  Distance can be a problem even when you’re right there in the office.  Past research has found that even a distance of 3 ft versus 20 ft makes a difference. Jeng relates

“At the company I work at we don’t have much of the software necessary to track the performance of employees. When I got promoted I got a nice big cube in a corner, away from everyone else. Very soon after getting moved I started getting accused of not being on the phones, not doing my work, blah blah blah. It aggravated me to no end, I was screaming mad about it, but that didn’t help.
I did eventually solve my visibility issue. The solution was chocolate.
I now keep a candy jar in my cube and have let everyone know they can come by my cube at anytime and help themselves. All complaints have ceased.”

Of course, the payoffs for not having to commute every day might be worth it to you, especially if you’re not looking to be a CEO or to build the next Empire. As SQLGuru says, “[invisibility] doesn’t matter except for during key times — layoffs, raises/promotions, and project assignment (you want the good ones, right?). But, for those that were skating by, being invisible isn’t that big of a deal.”

I suppose we can’t expect to overcome millions of years of evolution  in a mere 5000 years.  But with the help of technology (like VSee :)) , hopefully we’ll get there sooner than later.

Does being less visible as a remote worker bother you?