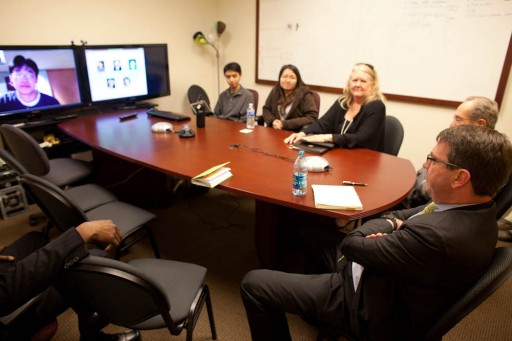 Bill Perry is an American businessman and engineer who was the United States Secretary of Defense from February 3, 1994, to January 23, 1997, under President Bill Clinton.
Link to profile: http://en.wikipedia.org/wiki/William_Perry

Ash Carter is a United States national security professional. He is the Under Secretary of Defense for Acquisition, Technology, and Logistics (AT&L) for President Barack Obama.
Link to profile: http://en.wikipedia.org/wiki/Ashton_Carter

The team who was in the office took the chance to take a group picture with our very special guests at the entrance of our office. 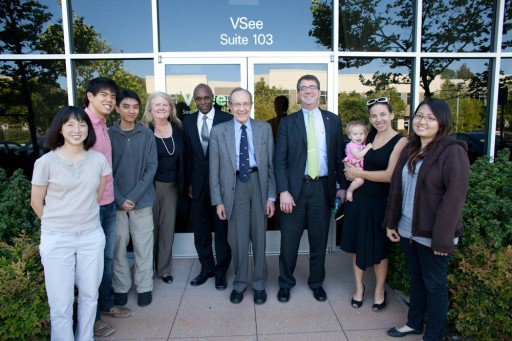 Visit the VSee Hall of Fame on our Facebook page for more pictures of superstars that love VSee!