Posted December 12, 2011 / By anne / In Science of Video Collaboration, Telehealth Use Case, VSee 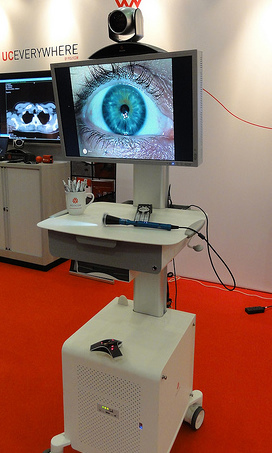 While videoconferencing carts (H.323 standard definition) are supposed to be portable and easy to use, this isn’t necessarily the case. It becomes quite an inconvenience if the unit regularly needs to be set up in a room that is off its network, like the interpretation office of this study. The complaint was that these units “took time to set up and…used up space,” causing NIH and Medical University of South Carolina (Charleston) researchers to look for a more mobile and convenient videoconferencing solution.

After testing various systems and setups for the experiment, the researchers eventually settled on using laptops on a 3G wireless network with additional Point-Tilt-Zoom (PTZ) cameras, and VSee for videoconferencingsoftware. It turns out that VSee was an ideal candidate for this experiment: 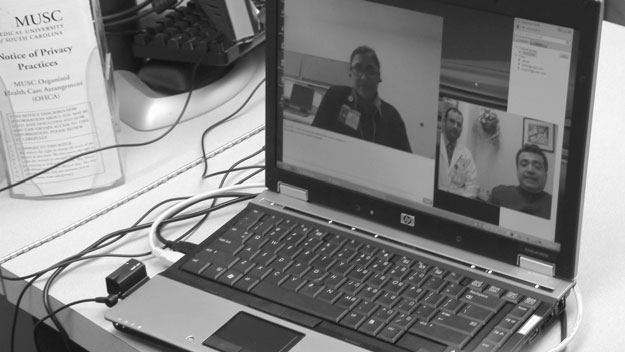 The Experimental Situation – Medical Interpretation in a real Pharmacy

Videoconferencing with VSee over 3G works great!  In particular, I’m happy to report that providers had few technical issues and were all impressed with the quality of VSee video over a cellular network.  The setup provided comparable experimental results from previous medical interpretation studies using H.323 standard definition videoconferencing units:

In the end, the main concern with using cellular networks is that while 3G and 4G cell networks provide enough bandwidth for videoconferencing, the signals can be easily affected by network congestion, interference, and other factors not necessarily in your control. To minimize these issues, the study advises initially testing signal reception from the actual location(s) to be used, obtaining necessary bandwidth amplification equipment, and constantly monitoring network traffic.

Telemedicine units using traditional videoconferencing hardware can run to the tens of thousands of dollars and require massive infrastructure to set up, which many hospitals and clinics may not be able to afford. This feasibility study shows that with a laptop, 3G cellular network, and the right videoconferencing solution (like VSee) it’s possible to make healthcare more affordable and more accessible than ever before.