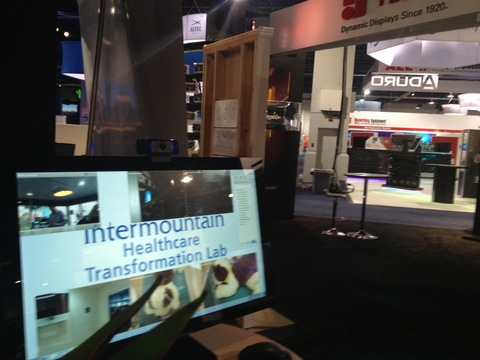 This year’s annual CES 2014 in Las Vegas saw  Intermountain Healthcare Transformation Lab showcasing their VSee-powered tele-NICU prototype. Using VSee secure video chat, a Mac mini, and 3 Logitech 920 webcams, Intermountain created a special telehealth system just for the NICU.  It allows both remote doctors and parents to check up on a precious little one at any time of the day from wherever they are.

This year Intermountain Healthcare was joined by hundreds of other health tech businesses at the International Consumer Electronics Show (CES) 2014, looking to show off exciting new healthcare technology and health gadgets. With over 300 health tech exhibitors, CES 2014 reported a 40% increase over last year’s CES health tech vendor numbers.  This isn’t too surprising considering that the Affordable Care Act is now in full swing, we have an aging population that’s looking for ways to better manage their health, and the new generation of healthcare consumers is taking healthcare into their own hands.

The Intermoutain tele-NICU innovation was just one example of the growing digital health trend in telehealth and remote monitoring. Other health tech trends include the use of wearable wellness devices and smart sensors (as seen by the proliferation of smart health gadgets at CES 2014), as well as the tracking of health data online by both doctors and patients. Mashable also tells us that this year we can also look forward to seeing doctors from the comfort of our own homes with online virtual doctor visits! Ken Terry at InformationWeek gives a good rundown of the 2014 health tech trends we can be looking for this year. 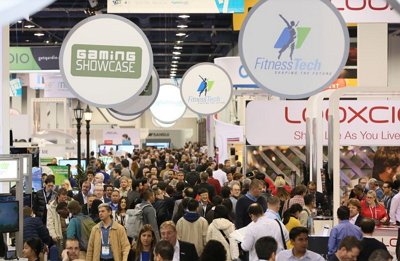 For highlights of other gadgets and gizmos that  wowed technology enthusiasts at CES 2014.  You can check out the following links for the best of CES 2014 according to TechCrunch, CNET, International Business Times, and IGN.  From wearable health trackers to self-driving vehicles to gesture-based tablets to gaming hardware to smart everything — glasses, TVs, cars, home appliances — the creativity and imagination at CES 2014 was apparent everywhere!

Learn more about the Intermountain tele-NICU powered by VSee here.

Learn more about other VSee telehealth use cases here