Google Loon – Moonshot To Bring Internet Access For All 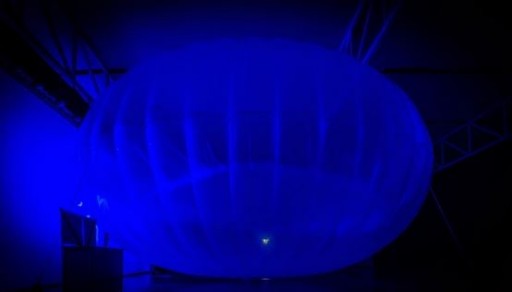 Google recently unveiled its secret, ambitious Project Loon — a visionary project, involving the launch of an armada of “Internet balloons” to bring cheap Internet access to people all over the world.

Even as online resources and communications become an increasingly critical way to get healthcare, education, jobs and business opportunities, two-thirds of the world is still without Internet access. Most often these are people with low incomes or in rural areas. NDTV reports that only “11 percent of men and women in India have Internet access compared to 79 percent in the United States.” The stats are even more abysmal for much of Africa, where only 15.6 percent of the entire continent has Internet access. If this moonshot works, this could really begin to bridge the digital divide between those in the networked world and the majority in the offline world.

As former FCC official Karen Kornbluh said in a PBS interview “the Internet has become the innovation platform. It’s where we all come together to collaborate and innovate. And we all know we need more growth.  If we don’t have equal access, then we can’t have equal access to jobs and growth.”

One area that could be totally transformed by Google’s crazy scheme for universal Internet access is healthcare. Recently, there has been an explosive growth in telehealth and telemedicine as countries around the world look for creative ways to address healthcare burdens. However, without easy Internet access telemedicine may just end up a fringe technology for the elite. The good news is technology is getting better and making telemedicine more practical for everyone:

The idea is to have crowds of these solar-powered “Internet balloons” sailing the Earth’s stratosphere (above weather and air traffic). These networks of balloons can be navigated to areas of need where they pass signals from balloon to balloon and from balloon to ground where homes and network towers are located. Places equipped with the special Google Loon antenna can get 3G-like Internet speeds. Project Loon is currently being piloted with New Zealanders.

Until Google Loon proves to be feasible, broadband satellite may be the only alternative for those living off the grid and in places with poor infrastructure.