VSee – Boldly Going Where No One Has Gone Before 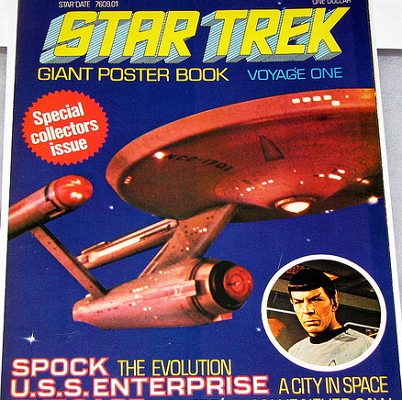 In early September of 1966, I sat with my brothers in front of our family’s television set watching this new show that was premiering on NBC called “Star Trek”.  I was immediately hooked.

More than anything, I was caught up in the technology of this new show – particularly, the Starship Enterprises’ two way video conference system. There stood Captain Pike (and later Captain Kirk) using this incredible wonder to communicate across space with Starfleet and other entities. From that point forward, I often dreamt about, searched for, and even at one point contemplated how could I create such a Star Trek video conferencing system. It’s now 2013, and I can truly say that I have finally found the “holy grail” of all video conferencing technologies.

Trapped by Skype and Other Inferior Video Conferencing Products?

For the past few years, like many businesses, our company has been using Skype Premium Services (Skype Group Video Calling, Skype Out, Skype Credits, etc.) simply because we didn’t have any better cost-effective choices.  We had tried a number other Skype alternatives such as ooVoo, Tokbox, etc—with none of them giving us what we needed.

In fact, I cannot count how many times we’ve had the video in the call freeze or dissipate, the audio fade out and never come back, or the call to simply drop all together.  We, for one, got tired of paying for these services while constantly having to tell whoever was on the other end to “Turn off your video to save bandwidth” only to have the audio portion of the call to sound like Alexander Graham Bell’s earliest attempts at a telephone. However, I’m glad to say that our company has finally been set free from the Skype video conference prison.

VSee – A Message in a Bottle

In early September of this year, I stumbled across an article comparing the various video systems out today and discovered VSee, a video chat tool for telehealth. I was so impressed with the video call quality that we are now 100% users of VSee and, in fact, we have become full-time “VSeevangelist’s.”

In addition to now being able to hold high quality individual and group video calls without worrying about the sound and video constantly breaking up, we have also been using VSee to share files, web links, as well as conduct collaborative discussions and make real time changes to architectural and engineering renderings.

The following represents just a few of the uses by our company since learning of VSee three weeks ago.

The Toney Watkins Company Future is Bright Thanks to VSee

VSee is clearly major disruptor in the video conferencing space, especially for companies like ours that conduct business on a global scale.  Add to that the built in security and potential for future enhancements to the product (hopefully the developers will soon include VoIP telephone), and it is hands down the best video conferencing product available. In fact, I cannot see why anyone in their right mind would not want to have VSee installed on all their computer, phone, tablet, phablet, etc.

Of the 100 invites that I have sent out over the past 3 weeks, 34 have already joined VSee, and to a person, they have each exhibited amazement at how well this product works compared to the competition.

I have also started planning with our architects about how we could deploy VSee in the design of our hotels and hotel rooms, our customer service Kiosks and our 44 passenger motor coaches. For us, the future is now!

All I can say to Dr. Milton Chen and the entire VSee staff is that you have truly developed a world class product. May you “Live long and prosper!”