Work From Home, Lose Out On Pay Raises and Promotions 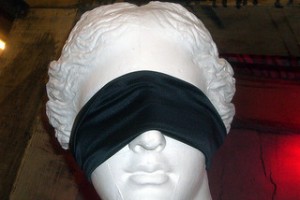 Telecommuters, beware!  You may not be getting the credit that you deserve.  Time Moneyland reports that just showing up for work really does win brownie points putting those who work from home at a disadvantage.  In a recent article for MIT Sloan Management Review, Professors Kimberly Elsbach of UC Davis and Daniel Cable of the London Business School discuss how simply being a productive worker doesn’t necessarily score you points with your boss if you don’t put in enough face time to go along with it.

In their past 10 years of research, they have found that “just being seen at work, without any information about what you’re actually doing, leads people to think more highly of you.”  They further note that if you mush extra hard, putting in those sleeping-under-the-desk hours “rather than just being considered dependable, you can get upgraded to ‘committed’ and ‘dedicated.’”

The worst part is many managers don’t even realize they are grading you on your seat time rather than your productivity.  So even though you may be working just as hard as your in-office counterpart, it’s highly likely that you are receiving lower performance evaluations, less pay, and fewer promotions .

Fortunately, there are some remote worker tactics you can use to combat this absentee perception to get the pay raises and promotions you deserve.  Time summarizes:

Responding to emails immediately is important because it shows that you’re just as available from home as you would be in the office.

Regular phone and email updates, especially after hours [my italics], can show office workers that you know how to stay on task independently.

Telecommuters should also work to be extra visible when they do come in the office and make sure their co-workers are aware of who they are.

Also, don’t forget to use video whenever you can.  Video calling is more humanizing than email or phone and is better able to build strong trust for work relationships.  Furthermore, with more workers having flex schedules and more easy-to-use applications such as VSee, Skype, or Facetime becoming widely available, video calling is quickly becoming a required communication tool of the growing mobile workforce.