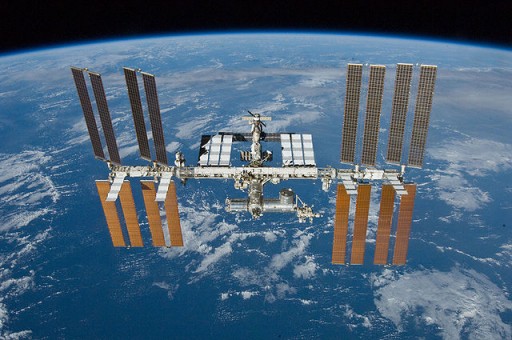 VSee is honored to be selected as NASA’s official video conferencing platform aboard the International Space Station (ISS).  With VSee’s secure video chat astronauts are able to do telemedicine video conferencing, have family video chats, collaborate with scientists in real time, do projects with school children, and watch their favorite programs using their iPads and laptops.

As simple as this sounds, it turns out that NASA has had to stick with using their older generation video conferencing technology because the newer modern software-based video chat systems like Skype, Vidyo, or Zoom just aren’t able to deal with the unique challenges of space to ground communications.

Byron Smith, Senior Medical IS Engineer at Wyle explains that the relatively long delays in a round-trip satellite communication plus the regular loss of information cause many of the newer generation video technologies to work poorly or even to fail, but “then VSee came along with a new approach to handling challenged networks such as those we deal with during ISS operations.”

Smith also says, “Now, not only does VSee provide an enhanced replacement for our current capability to support secure, two-way, private medical consultations and family conferences with our ISS crewmembers, but it also provides a significant increase in our ability to support some of our other telemedicine and science objectives such as remote clinical guidance, device monitoring and control, and just-in-time training and distance learning.”

We’re proud that VSee’s video technology is able to meet the challenges of space communications, and that we’re able to contribute to the work being done on the Space Station 🙂

You can see VSee being used by ISS astronauts behind the scenes for the recent 2020 launch of the first SpaceX Mission live crew.