Why It’s Important To See Your Coworkers 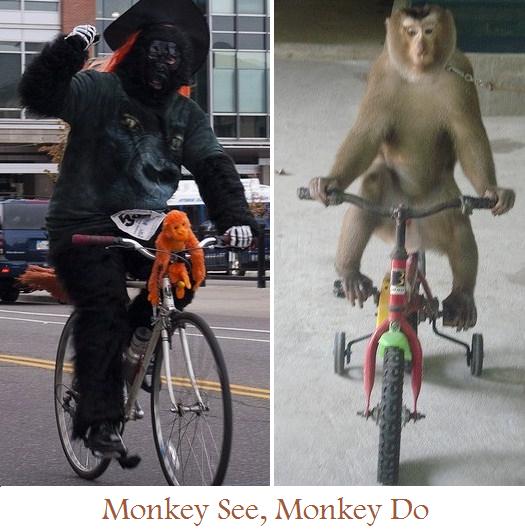 Summary:  Mirror neurons may be the key to explaining why it’s so important to see people for social interactions.

With the remote work revolution seriously getting underway, a recent article from Knowledge @ Wharton Today reminds us that remote workers may be losing more knowledge than we know from the lack of face-to-face contact and physical proximity with their coworkers. More specifically, neuroscience research on “mirror” brain cells gives new meaning to the phrase “monkey see, monkey do.”

In the early 1990’s, brain researchers in Parma, Italy were investigating the relationship between the brain cells for vision and movement in monkeys when they discovered that the same brain cells that reacted when a monkey went to pick up a peanut also reacted when a monkey simply watched someone else pick up a peanut. Their electrifying discovery of these so-called “mirror” brain cells opened up a whole realm of interesting theories about the role they might play in social interactions, empathy, recognizing others intentions, autism, learning, and the development of culture.

In 2005, NOVA first aired this video discussing how “mirror” brain cells could be key in explaining why people are so good at reading facial expressions or why we get so emotionally involved in sports games, movies, and video games. They could also be key to understanding why autistic people lack the ability to empathize or to pick up on social cues.  V.S. Ramachandran theorizes that it is the development of the “mirror” cell system in prehistoric humans that lead to birth of culture and the ability to speedily transfer our knowledge to our children versus waiting thousands of years for the Darwinian selection process to pass on the knowledge through genetics.

What’s most interesting for VSee is, of course, what this research tells us about the impact of the visual on social interactions.  Research suggests that since we’re hardwired to respond to what we see others do, then something is lost when that visual interaction is lost, as in remote work. Wharton management professor Nancy Rothbard notes that this may mean that certain skills and knowledge aren’t being completely transferred since remote coworkers cannot see how each other work or that there a lack of emotional connection. This also points back to Pamela Hinds and Katherine Cramton’s work on remote teams and the need for remote members to see coworkers work in their normal context in order to coordinate well and to be more productive as a team.  One solution could be to bring back that visual interaction through video chatting or video conferencing technology.

Even if the connection between “mirror” cells and social interaction turns out to be more tenuous than we think (as newer studies seem to suggest), sight is probably still the most developed human sense with our brains devoting a whopping 30% of the cortex to visual processing a opposed to a mere 8% for touch and 3% for hearing. This fact alone says a lot about the significance of visual information in our day to day life, not to mention psychological studies on the influence of visual cues like facial features and gestures.

These days there is plenty of technology to choose from to bring the missing ingredient of human faces into remote work.