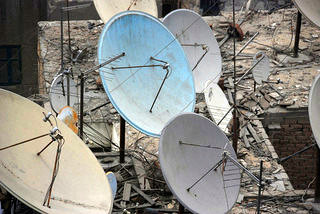 One thing holding back telemedicine is the lack of access to broadband networks. According to the government data, 119 million Americans lack broadband access (defined as 4Mbps down and 1Mbps up). Out of those 119 million, 19 million live in areas where they don’t even have the option to buy a wired broadband connection.

This is where VSee’s ultra low bandwidth video conference and High Throughput Satellites (HTS) can make a difference. HTS can now provide broadband access no matter where you are in the U.S. and really anywhere in the world. Over HTS, VSee with its low bandwidth capabilities can deliver stable, quality video needed for telemedicine, even to the remotest parts of the world.

At a recent HTS conference Craig Sable, medical director of telemedicine at Children’s Hospital in Washington D.C., discussed the impact HTS and cutting-edge tools can have on telemedicine and telehealth:

Just one day prior to the roundtable discussion on May 22, he said telemedicine saved a baby’s life in Morocco. “We helped plan a surgery. Patients live who would have otherwise died, [thanks to] technology like this,” Sable said. The experience also serves as training for other doctors. “Usually there are 20 people in the room observing,” he added.

…according to the Global Health Workforce Alliance, there is a global shortage of 4.2 million health care workers, with 1.5 million needed in Africa alone. Sable said satellite technology could help bridge that gap while serving as a financial boon to satellite providers. 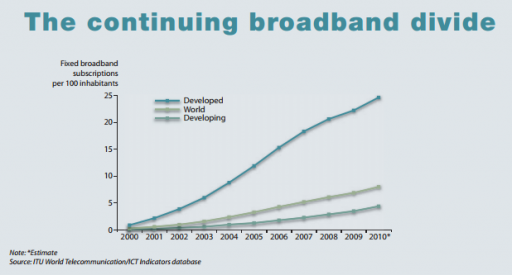 For those in the U.S., it’s precisely the same underserved and rural communities where broadband access is unavailable that telemedicine also brings the most benefits. From providing stroke treatment to preventing premature births to delivering psychiatric treatment, telemedicine improves the quality of medical care without high costs. Julian Genachowski from the The Aspen Institute shares:

For example, in South Dakota, e-ICU services have saved eight hospitals over $1.2 million in patient transfer costs over just 30 months. In upstate New York, a network of about 50 providers expect $9 million in cost savings from providing cardiology, trauma, mental health, neurology and respiratory services over their broadband connections.

With next generation broadband satellite and simple, inexpensive video conference technology like VSee telehealth, rural medical clinics, community health centers, regional hospitals don’t have to wait for broadband to come to them.  They can make the most of all that telemedicine has to offer now.