In the developing world burns are common as most people cook over fires.  Clothing catches on fire, hot oil gets spilled and lives are forever changed or often even lost.

Over the holidays our friend Randy Roberson from Disaster Logistics Relief (DLR) shared with us how VSee telemedicine has been making a difference for burn victims in Southeast Asia. Randy has been working with the renowned Grossman Burn Foundation to set up the first ever burn clinic of its kind in an undisclosed jungle region of that area.  Unfortunately the satellite network they have been using is terrible and can’t even provide the bandwidth that most U.S. cell phones get, let alone the bandwidth needed for a typical telemedicine video link. VSee, he tells us, saved the day with its low bandwidth capabilities.  It allowed them to set up a telemedicine connection like the one pictured below. 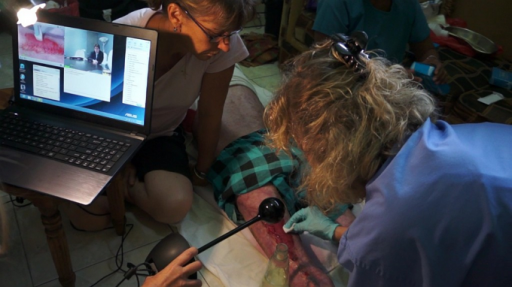 With VSee telemedicine, they connected to one of two Grossman Burn Centers in California.  From 8000 miles away, Dr. Grossman was able to get a clear view of the burns and direct on-site workers on how to treat the patients. 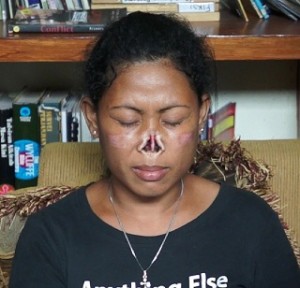 During this trip, VSee was also used to provide live coverage of their work with a young woman whose husband cut off her nose with a machete. The Grossman team fit her with a prosthetic nose created and donated by Alec Gilles, the special effects genius behind Hollywood blockbusters like Alien. They also took several molds and will be delivering a more custom fit prosthetic to her in a few more weeks.

This is just one of many cases the Grossman Burn Foundation is known for.  Their restorative work with burn victims and victims of domestic violence include the amazing story of a 9-year-old girl from Afghanistan disfigured in a horrible accident and another young woman featured on the cover of Time magazine, whose husband had also cut off her nose.

The hospital they have partnered with in Southeast Asia includes an orphanage and also serves numerous trauma and chronic disease patients, including cases of malaria, dengue fever, tuberculosis, and leprosy.

We feel truly privileged and amazed that VSee can be part of something so special!