Remote Work: A Big Weapon for Small Companies in the War for Talent 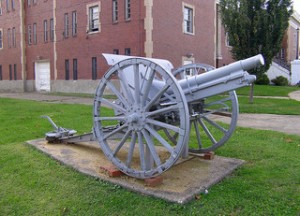 Guest post by Jessica Stillman – London-based freelancer who has written for Inc.com, CBS MoneyWatch, and GigaOM, among others.


How does remote work impact recruiting for smaller firms? VSee has years of experience with which to answer this question.

Unemployment may be stuck at a dismal 10 percent, but for the best talent – especially tech talent – competition is truly fierce. That means companies are using every weapon in their arsenal to win the recruitment and retention battle – from a company-wide 10 percent salary bump (Google, of course) to a couple of cans of Dr. Pepper. But if your company has got neither the riches and name recognition of Google nor a particularly soft drink obsessed candidate pool, what can it possibly do to compete?

How about dangling remote work, suggests 37signals’ in-house blog Signal vs Noise. It’s basically free, highly valuable to potential recruits, and exponentially increases the talent pool from which your firm can draw. “Every day I read a new article about some company whining about how hard it is to hire technical staff. Invariably it turns out that they’re only looking for people within a commuters distance of their office,” declares the post, “stop whining, spend a day to get up to speed on remote working practices, and hire outside of your commuter zone.”

It’s a strategy that’s well tested at VSee, which has been using its remote set-up to snag the best talent for years, learning several valuable lessons about how virtual work impacts recruiting in the process.

From a Wading Pool to the Pacific

The most immediate impact of offering remote work is that you can offer it to top talent from anywhere. That means your possible pool of hires expands exponentially not only in terms of geography, but also in terms of candidates’ life circumstances, allowing you to attract those with special needs that keep them from making it into the office on anything approaching a normal nine-to-five schedule.

“In the recent past we’ve talked to very highly skilled people who were unhappy with their current jobs because they had a family member at home who needed medical care, or they wanted to move back to Asia for some time to look after their parents. In those cases, VSee was clearly the frontrunner,” explains VSee’s director of engineering, Yuen-lin Tan.

“We have a broader set of people to attract from by [putting no limits on] geographical location and people who have special quirks,” agrees Erika Chuang, director of user experience. The result is not only a hugely expanded search area, but also a uniquely diverse team, staffed not only by the driven twenty-somethings of start-up stereotype, but also talent from many stages of life. “It is definitely more diverse and this is no coincidence, because the way we work has allowed us to attract people from more diverse life situations,” says Tan.

While the pool of workers may grow in terms of geography and life circumstances, there are other parameters that narrow slightly when you hire remotely – namely, personality. This is a lesson VSee has learned the hard way.

“We started to make [personality] a priority, because we hired some folks who were technically stellar, but their EQ was perhaps not as high. It did get a bit challenging,” says Tan.

Chuang adds,”We discovered that you have to understand the history of the person a little better when you make that hire.”

So what personal qualities does VSee insist on now in a remote team member? “You have to really be in charge of your own schedule and more goal driven instead of time driven. A lot of people basically like the clock. They go to work in the morning and then by five p.m. it’s time to go home and they don’t want to think about it after that. I think that kind of personality does not work as well,” Chuang says. Tan says he looks for people who are “natural team players, good communicators, good empathy.”

Personality fit may play a larger role in remote hiring, but the ability to offer this flexibility is, on balance, still a huge benefit to recruiting. Smaller firms like VSee will never be able to beat the glamour of the likes of Google, but remote work can give them the necessary edge to beat the big boys at the recruiting game. “If you’re Google or you’re Facebook, you have huge brand power, but when you’re the 99 percent of other companies in the world and you need a competitive advantage in hiring then [remote work] really comes in handy,” asserts Tan.

“For a lot of the people we’ve hired, [remote work] has been one of the big selling points. It gives us a competitive edge in attracting the good people that we want,” VSee Mac lead Torrey Lyons concurs. For him, it has been a battle to find and keep in-demand Mac programmers for his team.

“It’s very competitive — iPhone programmers are really hard to find now,” he explains. “Either they work for a really established big company, and they’re comfy and making a lot of money or they’re employee number two and trying to make the next big app where they’re going to get all the rewards for it. And so the middle of the road is actually probably the hardest place to be as far as recruiting people, but the fact that you can work remotely is a big plus.”

The bottom line: with a little thought, remote work can help smaller firms punch above their weight when it comes to recruiting, attracting diverse and highly talent team members.

Jessica Stillman writes for entrepreneur and business blogs such as Inc.com, CBS MoneyWatch, GigaOM, and Brazen Careers, among others. A freelancer based in London, she is fascinated with unconventional career paths, generational differences, and the future of work and collaboration! Twitter her @EntryLevelRebel